Scholes insists United will ease past FC Copenhagen into the Europa League semi-finals. 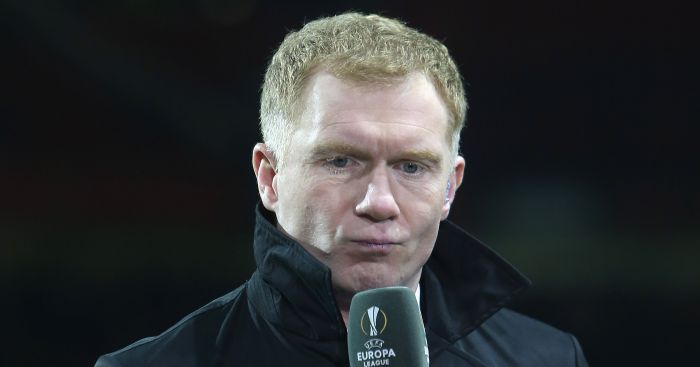 Paul Scholes insists Manchester United will ease past FC Copenhagen into the Europa League semi-finals, but is wary of the threat that could await them in the final.

United smashed LASK 7-1 on aggregate to book their place in the last eight on Wednesday and face Copenhagen on Monday.

And Scholes has backed Ole Gunnar Solskjaer’s side to go all the way, but admits one side in particular are a real threat to them lifting the trophy.

Speaking to BT Sport, Scholes said: “This Europa League is a really big opportunity for them now.

“There’s some decent teams left in there, you can’t dismiss the likes of Sevilla, who won it three times on the trot at one stage.

“Roma obviously will have quality, Italian teams are always difficult to play against.

“But the biggest threat to Man United winning this Europa League to me is Inter Milan, I think they’re along with United the best team in it.”

Should United beat Copenhagen, a semi-final date awaits with the winner of Wolves vs Sevilla.

Inter are placed in the opposite side of the draw against Bayer Leverkusen, while Shakhtar Donetsk and Basel contest the other fixture.

“I think if that’s the final that will be a great final, something really to look forward to,” Scholes said. “There’s motivation on each side especially from Inter players, look at Lukaku the way he left the club, that could be a big story.

“But I just think if United are firing, they’re mentally right, they’re fresh, I think they’ve got better players than Inter Milan, they’ll just come through that.