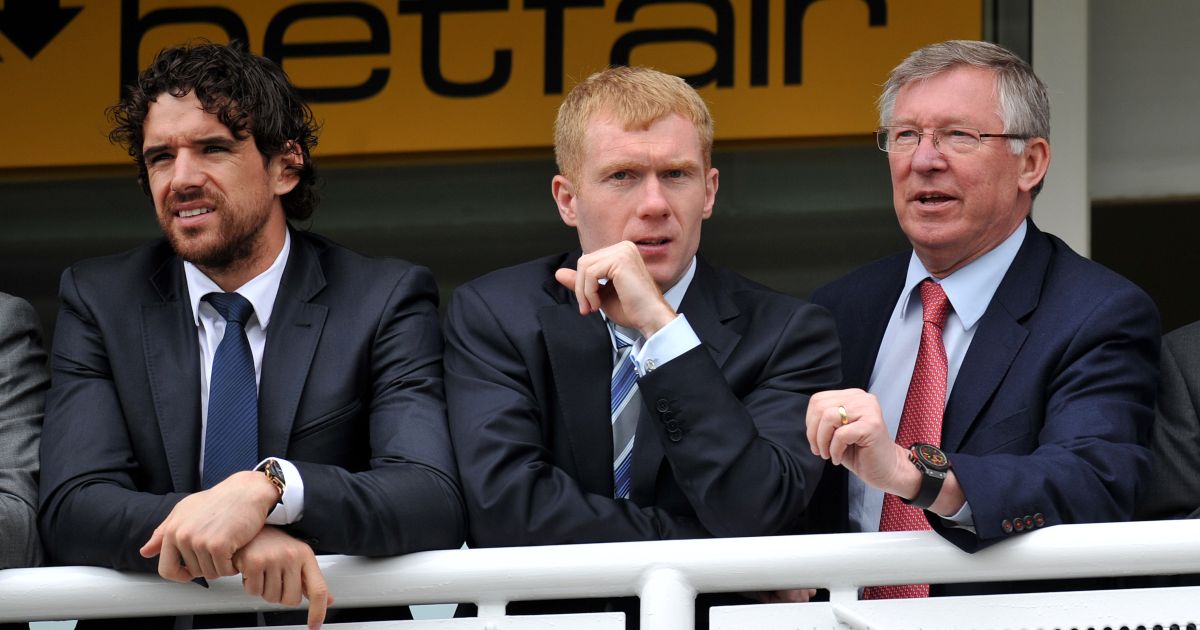 Paul Scholes disagrees with Owen Hargreaves’ suggestion that a new deal for Edinson Cavani would allow Man Utd to put signing a new centre forward on the back-burner.

Cavani has been heavily linked with a return to South America with Argentinian side Boca Juniors, as his deal at Old Trafford expires in the summer.

It is understood that he has an option to extend his contract at United by a further year and Ole Gunnar Solskjaer is keen to see him stay.

Man Utd have been linked with numerous strikers as they target improvements to their forward line in the summer with the likes of Erling Haaland and Harry Kane mooted as possible options.

However, Hargreaves reckons a deal for Cavani would serve as “an insurance policy” to allow Man Utd to pursue improvements to other areas of their squad.

“You’ve got to keep him, he’s fabulous,” Hargreaves said on BT Sport. “First of all he’s a great goalscorer. His minutes per goal show that, he’s the best United player for that.

“Scholesy made a good point, he probably hasn’t had the games he would have liked for different reasons. But in the box he’s one of the best, he’s proven that.

“I think just as a mentor for Marcus, Mason and Anthony. I would 100 per cent keep him and invest the money into other positions to help bridge that gap.

“Obviously everyone would love to have Harry Kane and Haaland, but I just think with Cavani there, you don’t have to go spend £100million on a player. If you spend it there…

“With Cavani there, he’s almost an insurance policy and you can maybe go spend that money on three other players in important positions.

“Cavani, if he played next season the whole season, I think he easily get you 25 goals with the other boys.”

However, Scholes reckons the Red Devils still need another striker as Cavani can only play a limited amount of games a season.

Scholes said: “I would go along with that but that’s if he plays – and it’s a big if now. At his age, this season he has started 15 games. It’s not a lot is it?

“I do expect, if he was to stay here, and I think that’s what he is waiting for, to see if United sign a centre forward.

“He doesn’t look the type of player who would be happy to sit on the bench and be a mentor for young players. He wants to be involved and play games.

“It’s an interesting decision for him. I think he’s waiting to see if United sign a centre forward. If they do: ‘I’m going away, I want to play every every week’.

“Now he’s not done this year because of injuries – and that has to be a slight concern for me at his age. Next season, coming back a year older, can he sort these type of injuries he’s getting?”