Home All The News Scholes: Kroos is ‘perfect’ partner for Pogba 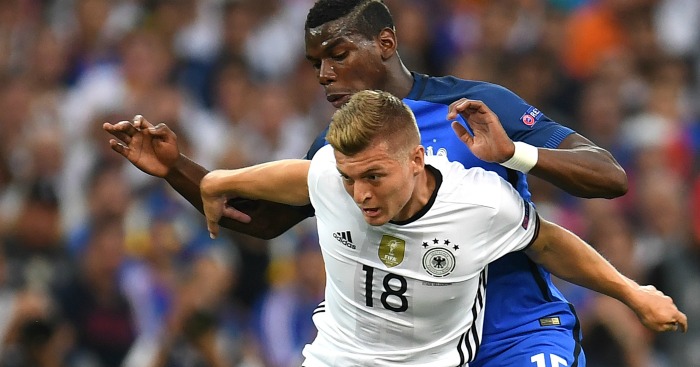 Paul Scholes says he modelled his game on Toni Kroos and claims the Real Madrid midfielder would be a perfect partner for Paul Pogba.

Jose Mourinho has tried different personnel and systems to get the best out of Pogba, who returned to Manchester United in a world-record £89million move in the summer.

Ander Herrera has established himself as one of Mourinho’s first choice midfielders alongside Pogba, and Scholes believes there is one player who could help Mourinho get the best out of both of them.

“When I came to the end of my career, I watched him closely and tried to play like Kroos.

“I was a rather forward-looking midfielder, but Toni is the best in the world, and Kroos would be perfect next to Pogba and Ander Herrera at United.”