Home All The News Scholes: Man City stars deserve Player of the Year over Fernandes 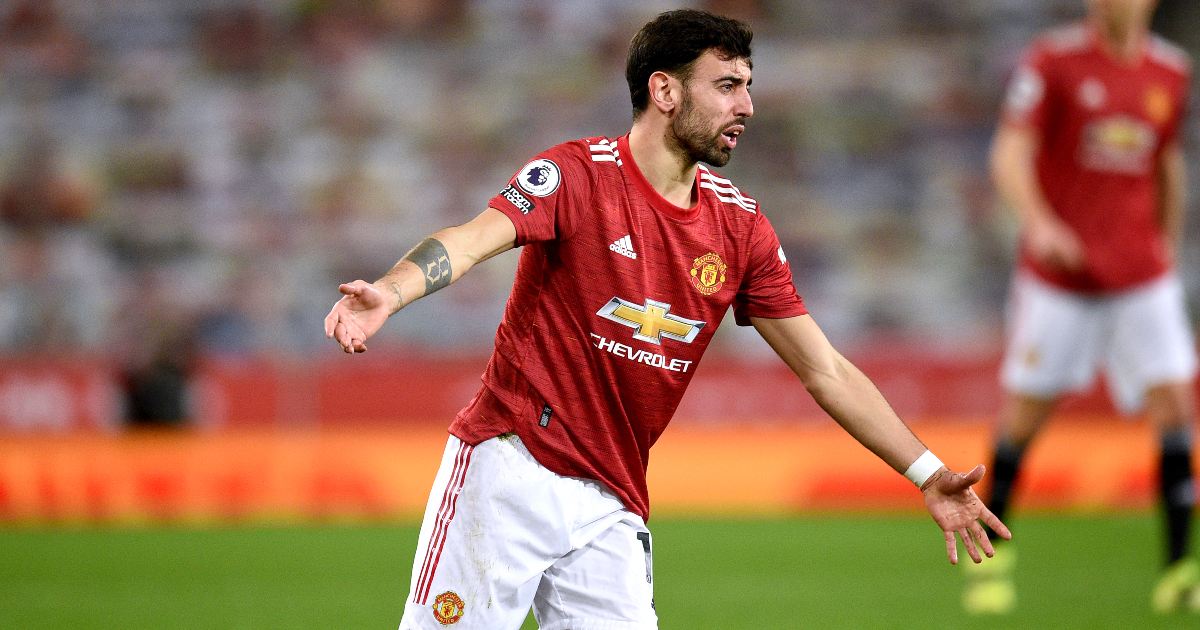 Paul Scholes has suggested that some Manchester City players are ahead of Bruno Fernandes in the race for this season’s PFA Player of the Year award.

Fernandes joined Man United in January 2020 from Sporting Lisbon. The forward signed for an initial fee of around £67m.

The Portuguese international immediately hit the ground running in the Premier League last year. He got eight goals and seven assists in the top flight as United secured a spot in the top four.

Fernandes has continued his great form into this season. He has 22 goals and 13 assists from 39 games in all competitions in 2020/21.

Speaking to Optus Sport, Scholes insisted that Fernandes has made a “special” difference for United:

“What he’s brought to this United team has been special. He creates goals, scores – not in the big games! – but in a lot of them.

“Ultimately, at Man Utd you are there to win titles and big games and he has to be a bigger influence than that.

“I could give him a bit of an excuse with United’s centre-halves – to me, they need protecting too much, especially in the big games against proper forward players.

“(The central midfielders) sit too deep and he doesn’t get the support from the midfield players, which is important to him.

“It is not just the ability he has got, he needs bodies around him to take people away, so he can come into spaces, be a player who is controlling midfield, and that brings the best out of him.

“This will be a problem for United until they solve it. They need to sign a centre-half who is dominant, takes the ball off people, look what City have done with [Ruben] Dias… all the teams that have won the league in recent years: [Vincent] Kompany, [Virgil] Van Dijk.

“He should be right in the mix (for PFA Player of the Year), there is no doubt about that, but I am always a believer the best players are the players playing for the team that wins the league and there are a few City players I’d go for before Bruno.”