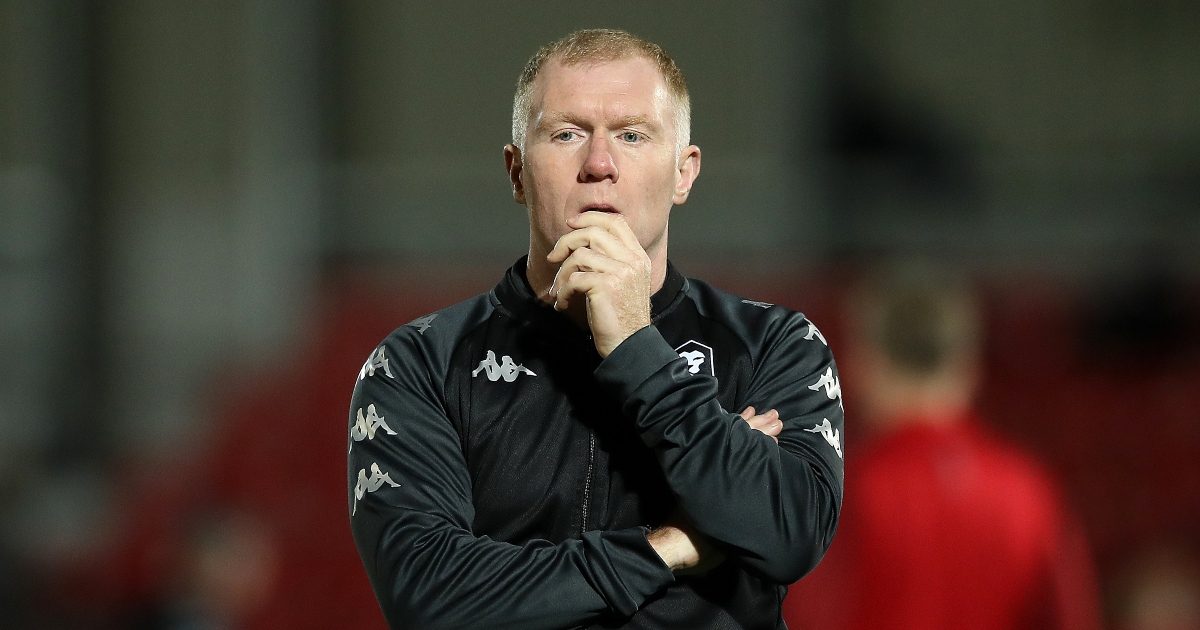 Manchester United legend Paul Scholes has revealed the reason the club are behind the likes of Manchester City and Liverpool, but offers up a potential solution.

United invested heavily in the summer, bringing back Cristiano Ronaldo to the club as well as the signings of Jadon Sancho and Raphael Varane.

However, despite the hefty outlay, Ole Gunnar Solskjaer’s side have struggled for form in the opening few weeks of the season, winning just two out of their last six fixtures.

One of the most commonly thought reasons for the poor run of form is a lack of balance in midfield. With Bruno Fernandes and Paul Pogba being more effective in advanced areas, it leaves Solskjaer with the problem of selecting who partners them.

Playing Pogba deeper is an option, as are Fred, Nemanja Matic and Scott McTominay and it’s the latter who Scholes thinks should be first choice.

Speaking to Webby and O’Neill (via Metro), Scholes said: “You mention McTominay, I think he’s the best one for that role out of the four of them, I’d definitely go for him.”

“That’s the difference between United and I think Liverpool and City – they are much more aggressive, more attack-minded.

“You think of City going away to Chelsea, they play one holding midfield player and almost play six or seven forward players – that’s the difference in mentality.

“I think if Ole can get that right with that balance in the team… going forward I don’t think is a problem. Going forward we’ve got so many exciting players with Cristiano coming.