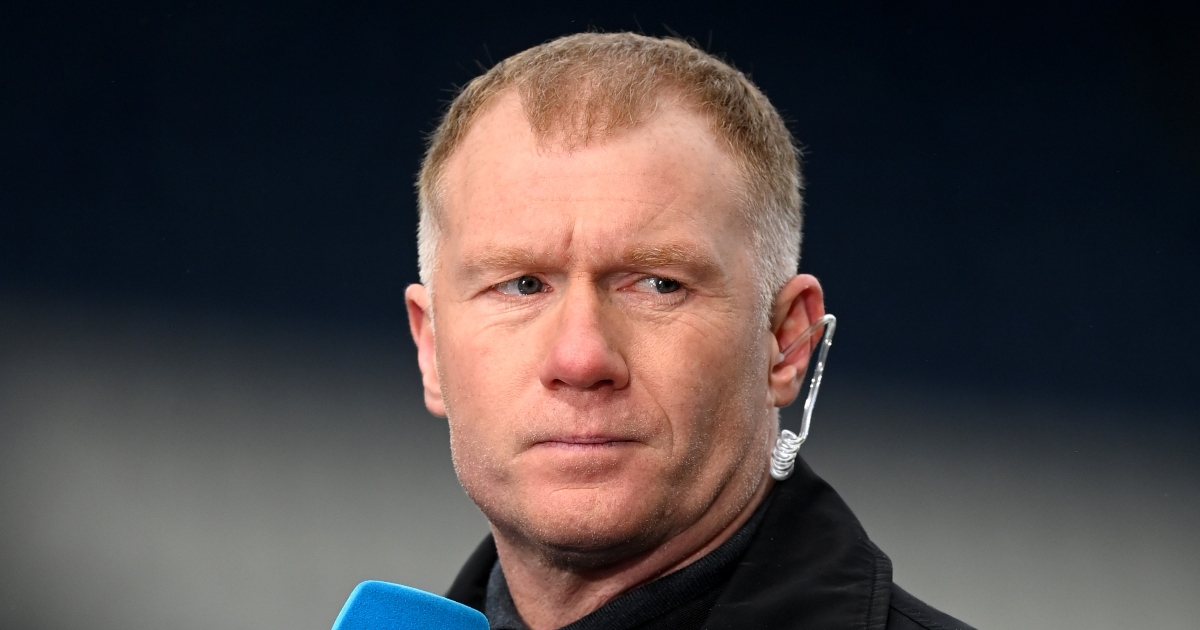 Paul Scholes has named Paul Pogba as the only current Manchester United star who would get in Liverpool and Manchester City’s starting XI’s.

Pogba recently returned from injury and has impressed for Ralf Rangnick’s side who made it seven Premier League games without defeat when they beat rivals Leeds 4-2 on Sunday.

The French midfielder stood out in the first-half as United took a 2-0 lead, but was withdrawn after Leeds drew level for Brazilian midfielder Fred.

The substitute went on to score moments later but Scholes has claimed United’s opponents would much rather face Fred and McTominay than Pogba.

Speaking to Premier League Productions, when asked which United star would get in Liverpool or City’s side, Scholes said: “Pogba in his best form would. He is indicative of what the club are doing. Every player is inconsistent. People running the club are inconsistent in what they are doing.

“I have been a big critic of Paul, but if you are an opposing player going to Old Trafford and you are playing against Fred and McTominay ‘all day long’.

“Now, you don’t know what you are going to get with Paul. But when he is on his game, he is brilliant.

“But when he isn’t, then against your Liverpool and Man City’s, you might struggle in them areas. Where do Man United go next year to replace him?”

Meanwhile, Darren Bent has praised the recent form of United winger Jadon Sancho, tipping him for an England recall.

“His performances have been better and he needed that,” Bent told talkSPORT.

“That comes with a run of games. A lot of us, myself included, we judged him on a start here and 20 minutes there.

“You don’t get the best out of someone by playing them inconsistently.

“He’s been given the assurances that he’s going to play regular football and he’s been brilliant, really good.

“Fair play to him as well, with these performances he’ll get himself back in the England squad, because he deserves it.

“We’re now starting to see the talent and why Manchester United signed him.”