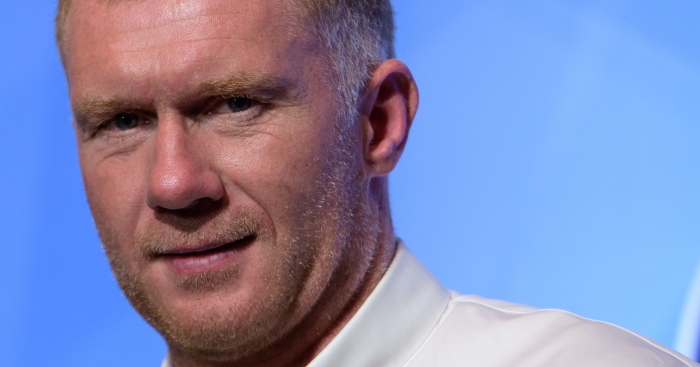 Paul Scholes says Liverpool’s players and staff must not believe that the Premier League title is sewn up if they want to avoid a collapse.

Jurgen Klopp‘s men find themselves 13 points clear of second-placed Leicester City in the race for the Premier League title.

The visit of Wolves is the first of three home matches in the space of eight days as Liverpool also welcome Sheffield United in the league, and then Merseyside rivals Everton in the FA Cup.

And Scholes thinks Liverpool must guard against complacency with such a comfortable lead in the league.

“I don’t think any Liverpool player will be thinking that’s it, the league is over it’s done,” said Scholes (via the Metro).

“There’s no way you can think that because it will just with three points for a win I know their 13 or 14 points clear whatever it may be now but it can soon change, honestly.

“A couple of losses, a few injuries… I don’t think it’s going to happen. You look at Liverpool, you’d be amazed if it did happen but as a player you’re never thinking you’ve won the league, especially at Christmas, who has ever won the league at Christmas?

“I think they’ve got the manager who will understand that and just make sure they’re looking at the next game, looking at Wolves, looking at Everton, Tottenham or whoever it may be and you’re not even thinking towards the end of the season.

“When that happens, great. But now everything is focused on your next game.”