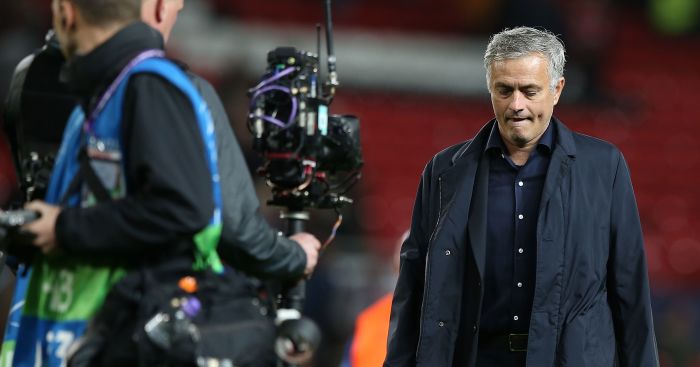 Paul Scholes was “surprised” that Manchester United kept faith in Jose Mourinho after they lost 3-1 to West Ham on Saturday.

The Red Devils have had a poor start to the campaign with only ten points from seven matches, while they sit nine points behind leaders Manchester City and Liverpool.

On top of that there has been apparent unrest in the squad with rumours some of Mourinho’s players are turning on him as he continues his feud with Paul Pogba.

“I am sat here actually surprised he survived after Saturday, the performance was that bad,” Scholes said on BT Sport.

“He’s constantly having a go at players. He’s having a go at those above him because he’s not getting what he wants. I think his mouth is probably out of control and I think he’s embarrassing the club.”

"I'm surprised that he survived after Saturday"

"I think he's embarrassing the club."

And following another poor performance in their 0-0 draw at home to Valencia in the Champions League, Rio Ferdinand agreed with his former United team-mate.

“There’s not a work ethic,” said Ferdinand. “The attitude doesn’t seem right. No one’s said about not going out there to win – people want to win football matches.

“If you could win it easily you would. Football’s not easy, you have to work hard. That’s a basic trait of any footballer or any team to be successful they have to have.

“This team doesn’t have that, and where does that come from? That comes from and is driven by one person at the top, the manager. It falls at his feet.”