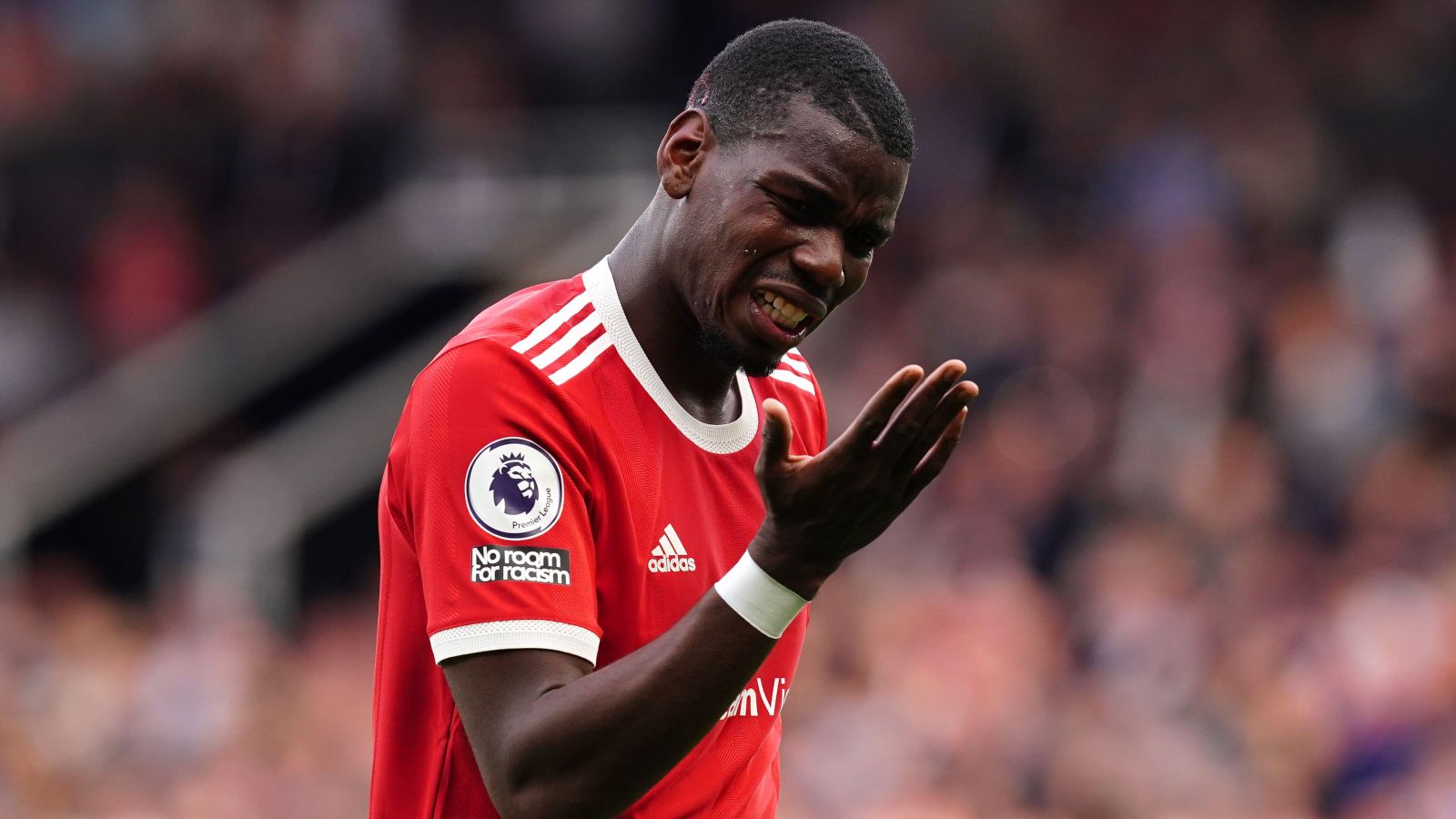 Paul Scholes reckons Man Utd midfielder Paul Pogba “has got absolutely everything you would want” but he’s never “learned as a footballer”.

Interim boss Ralf Rangnick seemed to suggest, after the Red Devils’ 3-1 loss to Arsenal, that the injury Pogba picked up against Liverpool would likely rule him the Frenchman out for the rest of the season.

And that means the game against the Reds would be his last for the club with his contract running out in the summer.

Pogba did attempt to butter up the Man Utd supporters with a tweet after the match claiming “it’s not over” but subsequent reports have claimed the France international has left the players’ WhatsApp group as he prepares to leave.

And Scholes insists it is “disappointing” it hasn’t worked out for Pogba at Man Utd with the midfielder failing to improve as a footballer.

Scholes said on talkSPORT: “I don’t know. I was there when he was a kid and this lad has got absolutely everything you would want in a footballer and a midfield player.

“His physique, he can run. I just don’t think he’s ever learned as a footballer, he constantly seems to make the same mistakes over and over again.

“It’s disappointing, it looks like he’s going to leave. He’ll go somewhere, a manager will get a grip of him, and I think he’ll do really well, as he did at Juventus.

“For some reason, at Man United, it hasn’t worked out. It’s a big disappointment. You see what he does with France.

“People see him the wrong way. He’s a nice lad, he wants to work and learn. I hope he goes on and does really well. We all know he’s got the ability and talent to be world class.”

Erik ten Hag is the man tasked with turning United’s fortunes around with the Dutchman taking over the club at the end of the season.

And Scholes hopes Ten Hag can take some inspiration from what Mikel Arteta has done at Arsenal by taking “no nonsense” from players.

“I think he’s done really well at Ajax. He’s got a really good pedigree, working with Pep at Bayern as well. He has to believe in his method. This job is ten times the job of Ajax.

“We know they’re the best team in Holland. But Man United is a worldwide football club. He’ll have to accept criticism, but I think he’s got a talented group of players.

“If you look at what Arteta has done at Arsenal, that was a big rebuilding job and he’s taken no nonsense. I think this manager has to do exactly the same.”