Home All The News Scholes: Pogba needs Modric or Kroos (or Carrick…) 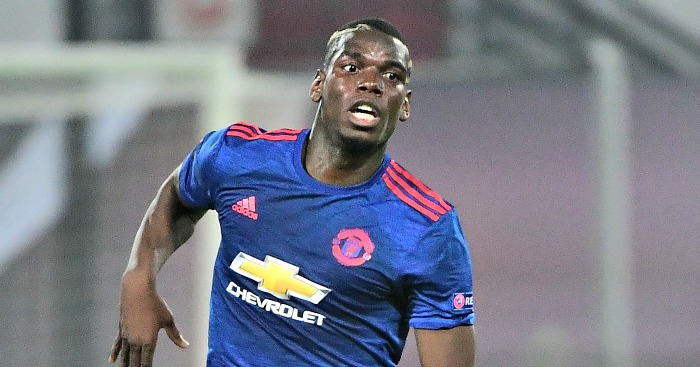 Pogba has showed glimpses of the form which persuaded United to make him the world’s most expensive player ever this summer, but has also struggled.

The Frenchman, who joined United for £89.3million from Juventus in August, is yet to score a goal for his new club, and there are questions over where he fits in Jose Mourinho’s side.

He has been used in a 4-2-3-1 so far in United’s Premier League fixtures, but flattered to deceive while playing in his favoured position of left-sided central midfielder in a 4-3-3 in the Europa League defeat to Feyenoord.

“It’s been a little bit of a struggle for him so far,” Scholes told BT Sport at half-time of that game. “Tonight, again, wasn’t his best performance. I think it will come. It’s still very early days.

“I don’t really know what position he’s playing at the minute. Has he got a position? Has he been told to play where he wants?

“He seems to be a little all over the place at times. I think he’s trying to do too much on the ball.

“He’s trying to beat three or four players. He’s running with the ball. He should keep it simple for now.

“That’s not the player Manchester United bought. They didn’t buy a Lionel Messi to go and beat five players and stick it in the top corner all the time. They bought a powerful, strong midfield player who can take the ball. He’s got skill, he can pass it forward, he can run.

“If he just plays one-two touch, sticks the ball into Zlatan and runs, nobody can live with that. He’s got so much pace, so much power.”

“He needs a controlling midfield player next to him.

“They probably need to go into the transfer market for somebody like that. Michael is capable of it.

“But they still need that controlling midfielder, who can control where Paul goes and can control a game of football

“I know he’s happy with the four players he’s bought but they still need that type of player. A Luka Modric or a Toni Kroos.

“I think these players are available. I think Paul Pogba would be a much better player playing with these types of players.”