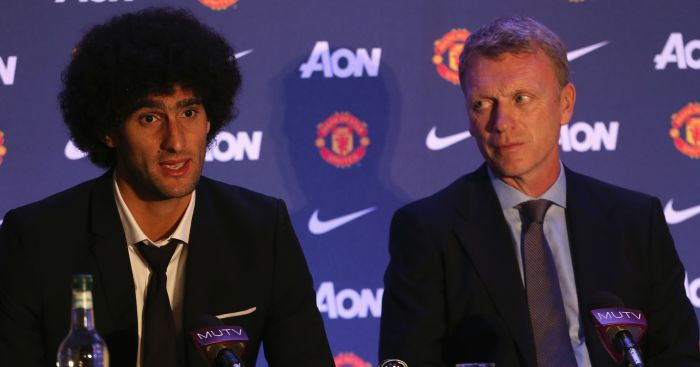 Ole Gunnar Solskjaer’s side have picked up just nine points from their opening eight games, just two points above the relegation zone.

United’s downward spiral coincided with the departure of Sir Alex Ferguson in 2013, but Scholes was also keen to point out the impact David Gill leaving had on the club.

“When you look five or six years ago when Alex left, the other person who didn’t get the credit he deserved was David Gill,” Scholes told BBC Radio Five Live.

“He was a football man and he knew footballers. From the day he and Sir Alex left, it has been difficult.

“I think the alarm bells rang straight away when David (Moyes) took over and signed Juan Mata and Marouane Fellaini for £70m.

“They are good players but I don’t think they were Man Utd players. I don’t think Sir Alex and David Gill would have signed those players.

“We are in this position now because we have signed players who are not Man Utd players. Ole is in there now and trying to put it right.

In the same interview Scholes picked out the two best managers in the world, but also reiterated his backing of former team-mate Solskjaer.

“Ole’s first three signings have been good and promising. As long as he is in charge of the players coming in, I don’t see a problem.

“We hope it goes to back challenging for titles and Champions Leagues.”