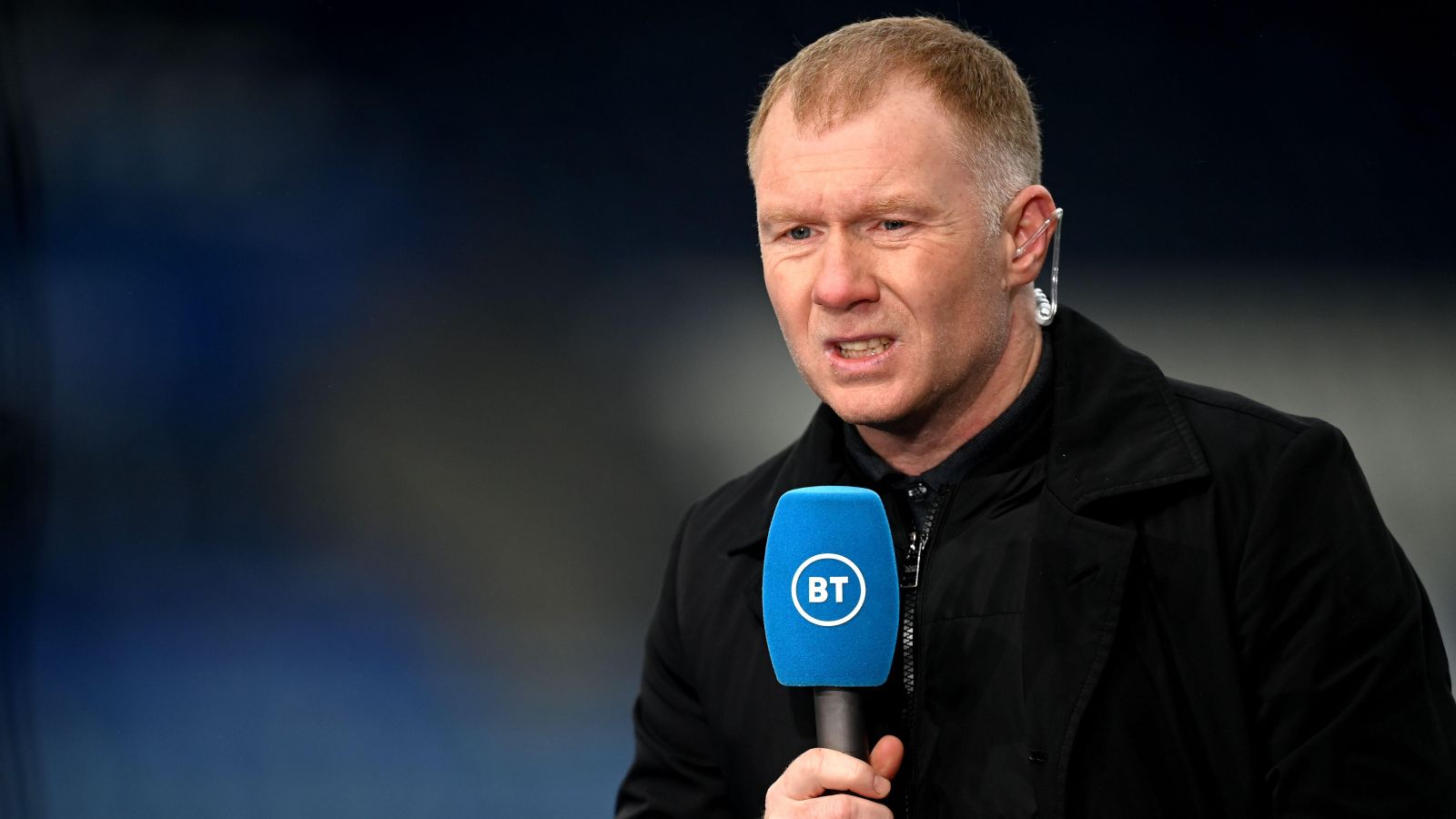 Paul Scholes has described the latest fuss around Cristiano Ronaldo’s future as a “circus” while Gabby Agbonlahor claims the striker “doesn’t care” about Man Utd.

Widespread reports have indicated that the Portugal international has asked the Red Devils if he can leave this summer if they receive a ‘satisfactory’ offer for him.

Chelsea, Barcelona and Napoli have all been linked with a move as Ronaldo eyes a transfer to a club in the Champions League next season after Man Utd failed to qualify.

Where are we on the Manchester United optimism scale? Does Ronaldo help or hinder?

A report yesterday insisted that Ronaldo was ‘upset’ by a contract clause, triggered by their failure to qualify for the Champions League, which saw the Man Utd players’ salaries reduced by 25 per cent.

Ronaldo is also understood to be unhappy about the lack of urgency in United’s recruitment so far this summer with just Tyrell Malacia coming through the door.

The 37-year-old has missed training over the last couple of days for ‘family reasons’ with Man Utd reportedly unsure if Ronaldo will join their pre-season tour abroad.

Agbonlahor said on talkSPORT: “I’m not surprised one bit. [United were] so poor last season.

😳 “The biggest disappointment if I was a #MUFC fan is that Ronaldo doesn’t care!”

🔴 “He doesn’t care about Man Utd, he cares about Ronaldo. He wants #UCL!”

“So he just cares about Ronaldo, he doesn’t care about Manchester United. Because they need him now, they need Ronaldo.

“Manchester United need him and he wants to jump ship. He doesn’t want to be there so it’s very disappointing from him if I was a Manchester United fan and it just shows it’s the Ronaldo show, not the Man United show.”