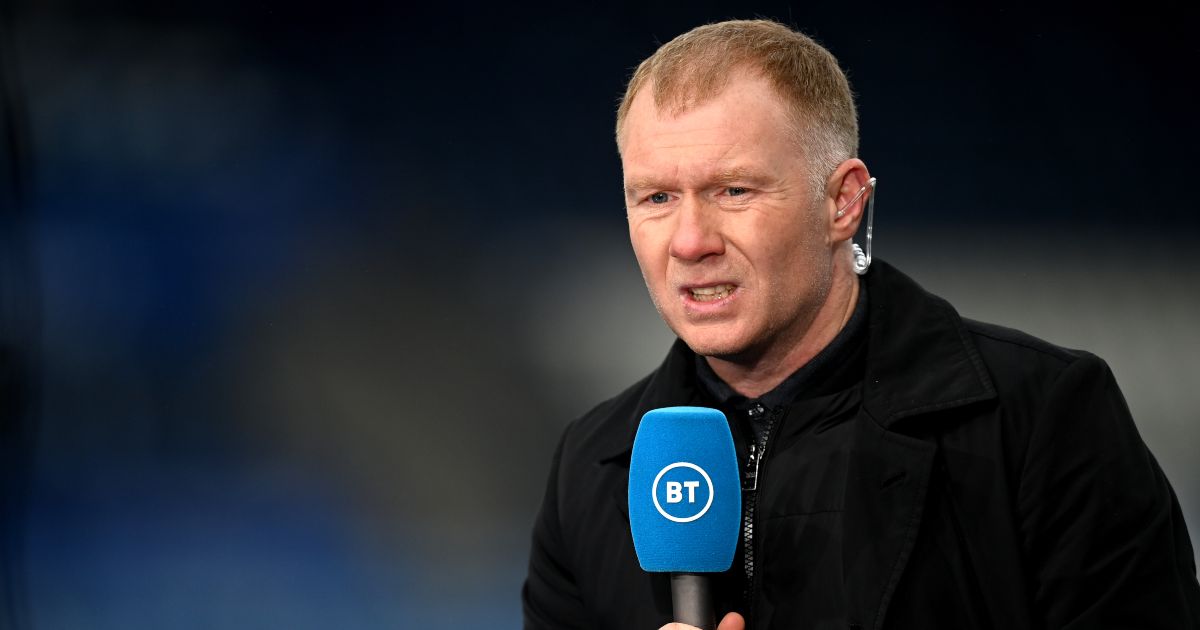 Former Man Utd midfielder Paul Scholes has suggested a couple of changes for their next match against Arsenal on Thursday.

Michael Carrick has done a solid job since coming in as caretaker manager with a win at Villarreal in the Champions League and a good point against Chelsea at Stamford Bridge on Sunday.

Ralf Rangnick will take over once his work permit has cleared but it’s unclear whether that will be in time for their clash with the Gunners later this week.

Carrick dropped Cristiano Ronaldo to the bench for their trip to Chelsea with the Portugal international subbed on with 26 minutes to go.

And Scholes reckons Man Utd should play Ronaldo in their next match with two in midfield rather than the three they played against Thomas Tuchel’s outfit.

There was a suggestion that Carrick’s line-up against the Blues on Sunday had been picked by incoming interim boss Rangnick.

But Carrick rejected that claim, he said: “No, that’s not the case.”

The Red Devils’ 4-3-3 formation certainly harboured many of the classic Rangnick traits, but Carrick insisted the set-up was mainly aimed at cutting off the supply lines to Chelsea’s deep midfielders.

Gary Neville had earlier tweeted, “I’ve a feeling the incoming manager has picked that team as it’s a huge departure from midweek”, but Carrick was quick to give that assertion short shrift.

A lot of people having a go at Michael Carrick for dropping Ronaldo and picking that MDF. I’ve a feeling the the incoming manager has picked that team as it’s a huge departure from midweek and what they’ve been doing

Carrick added: “We came here with a plan, and we kind of knew how Chelsea would play.

“So that plan was all about stopping the little passes threaded through to Jorginho and Ruben Loftus-Cheek in the middle of the pitch. We were conscious of that.

“It’s just what we decided to go with today and we nearly pulled it off.

“At the moment we’re feeling a little bit frustrated and disappointed really, because we came here to win the game and at half-time we really felt like we had a chance and were right in the game.”