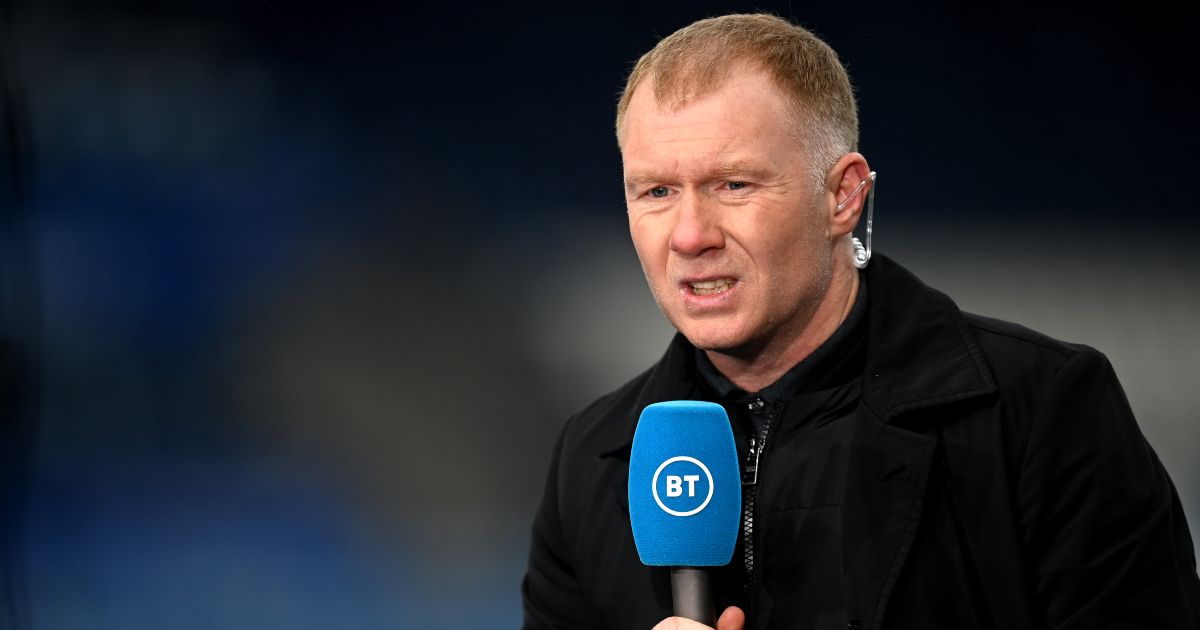 Paul Scholes thinks Man Utd midfielder Bruno Fernandes was “too soft” in the lead up to Leeds’ second goal in Ralf Rangnick’s men’s 4-2 win at Elland Road on Sunday.

Elland Road’s first Premier League clash between these old foes in front of fans since 2003 lived up to the billing in torrential rain on Sunday afternoon in West Yorkshire.

Harry Maguire and Fernandes put Man Utd two goals up on enemy territory at half-time, only for Leeds to roar back with two goals inside a minute early in the second half.

The efforts from Rodrigo and substitute Raphinha had Elland Road rocking, only for substitutes Fred and Anthony Elanga to seal a 4-2 victory for Rangnick’s men against their bitter rivals.

Fernandes was robbed of the ball by Adam Forshaw in the build-up to Leeds’ second goal with VAR checking the goal and ruling that the Portugal international had not been fouled.

And Scholes thought Fernandes should’ve been “stronger” in that situation and was “looking for a foul”.

“I think Fernandes has to be stronger,” Scholes told Premier League Productions. “He’s almost looking for a foul before anything happens and I don’t think it is a foul.

“Fernandes has got to be stronger there, that’s a little bit too soft. His head is up in the air looking for a foul before he comes in.”

The header 👌
The celebration 😎

However, Fernandes maintained after the match that Leeds midfielder Forshaw had fouled him before Raphinha’s goal.

“I think it was a foul because when I passed the ball with my right foot he stamped on my left,” Fernandes told MUTV in the aftermath of the match.

“Obviously, I didn’t see if he touched the ball when I made the pass. It’s England, no? It’s English football so I have to get used to it, it’s okay.”

“As far as I know, there is some investigation going on from Leeds United,” Rangnick said on incident. “I don’t think that anything happened in the end. Anthony Elanga looked well and he was happy about scoring his goal.

“Obviously things like that should not happen and I think even more so this game. The atmosphere was great.

“At times we had to cool down things on the pitch a little bit but this is what I did when I walked onto the pitch (during a late melee). I didn’t want anything to happen – no yellow or red cards.

“In moments like this, I think it’s important to try and cool things down.”