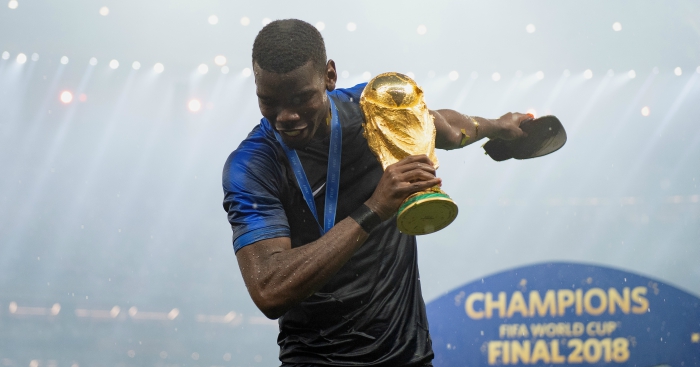 Scholes has called on the club’s record signing to start delivering consistent performances like those he produced for Juventus, and says the World Cup winner needs to use his brain to reach his enormous potential.

Pogba has divided opinion ever since returning to United from Italy for a then-world-record fee of £89m two years ago.

And after watching Pogba deliver several impressive displays in France’s run to World Cup glory in Russia this summer, Scholes wants to see more from the midfielder in a United shirt.

“Paul needs to find a consistency, I think,” Scholes told beIN Sports. “You look at his game, he can be brilliant one week and not so good the next week.

“He seems to be a player which you get a performance out of every three to four games. If you’re going to win leagues, that’s not enough, it’s just not enough.

“I’d be amazed if the same team has been named twice in a row, or the same formation. There doesn’t seem to be a set way of where it’s going and that could possibly work against him.

“There’s no doubt the lad has real quality – he’s shown in the World Cup that he can play.

“He’s such a strong lad, he’s such a fit lad. He can run, he has great technique as well, great ability. But he needs to use his brain a little bit more to become a top footballer.”