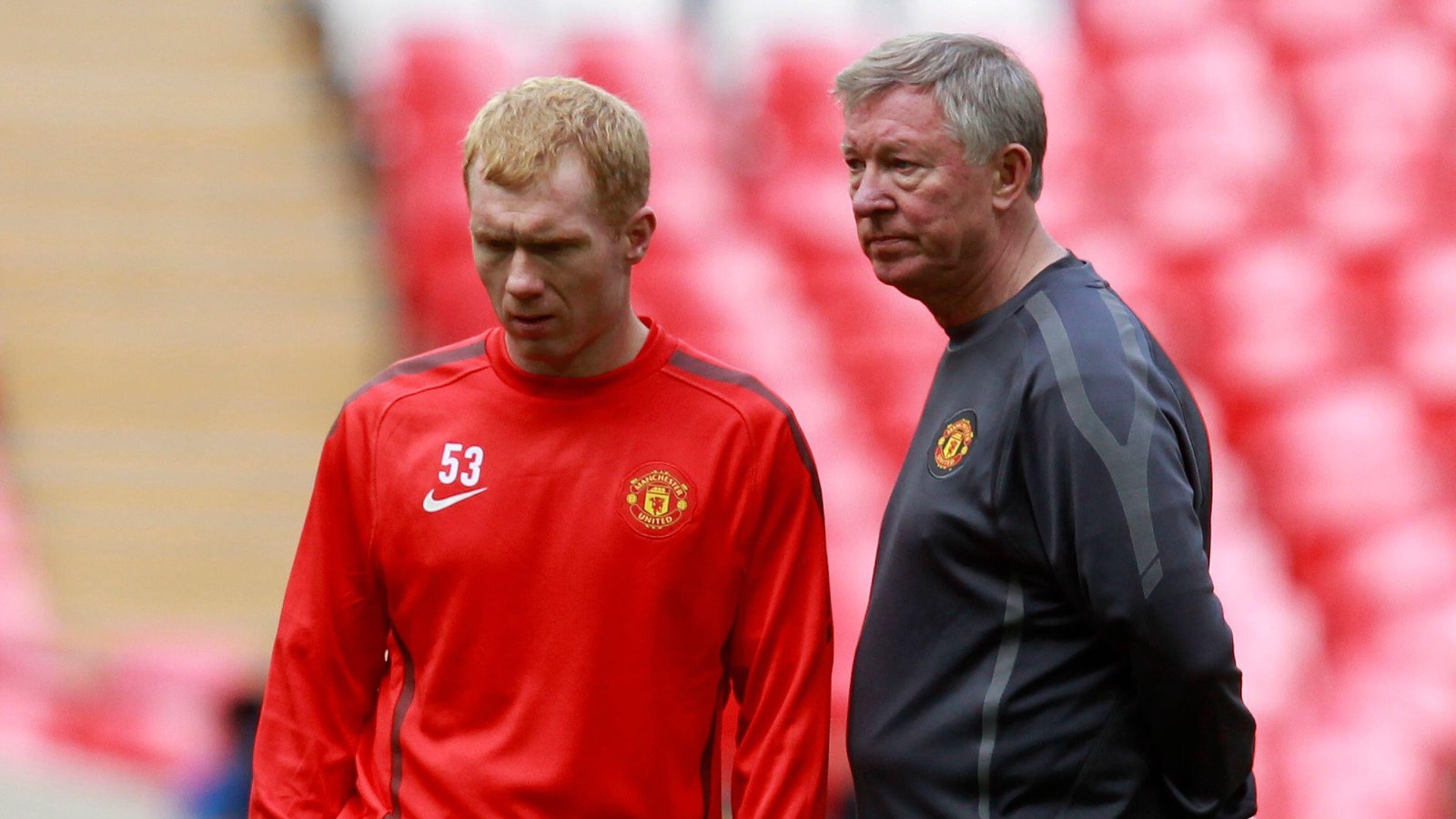 Paul Scholes has recalled how he thought his refusal to play a game under Sir Alex Ferguson has spelled the end of his time at Manchester United.

United found themselves in the strange position of having to play two games in two games, with a League Cup clash with Arsenal following a Premier League game against Liverpool.

Scholes was dropped for the first game with Ferguson planning to use the midfielder against the Gunners at Highbury.

But Scholes refused to play in north London having been so “p*ssed off” with his manager for limiting him to a late cameo against Liverpool.

“I was p****d off of being left out in the first place, I did some stupid things when I was younger,” Scholes told Gary Neville on The Overlap. “He left me out on the Sunday and I was p****d off.

“Most of the times when I was left out I knew the reason why, like I didn’t play well the week before. So, I could take that and I was fine. Some players can’t take it whether they’ve played badly or not.

“But I was just really p****d off he didn’t play me in that game. We were getting beat and weren’t playing very well and at half-time I thought he was going to bring me on, but he didn’t.

“I was wound up right from the start of the game anyway, my head was gone. I felt like he was doing it on purpose, ‘I’m not bringing him on because I’m going to play him tomorrow’.”

He added: “At that time, it was a League Cup game and you would normally play the reserves, don’t you? I felt he was doing that, and he was doing it on purpose, but my head was gone. He was leaving it and leaving it, but I went home gone and still fuming.

“We were meeting at Stockport that night at the train station. I actually drove to the train station and told him I wasn’t going. It was crazy, stupid, but my head had gone. After that game, it was an international break, so it went on and on, and on.

“It didn’t carry on but he fined me a weeks’ wages. There was no contact because I was with England, so I had to wait 10 days before I spoke to him. He didn’t get mad but he just fined me two weeks’ wages. I apologised but I didn’t think I would survive after that to be honest. I thought I would be gone, yes.”