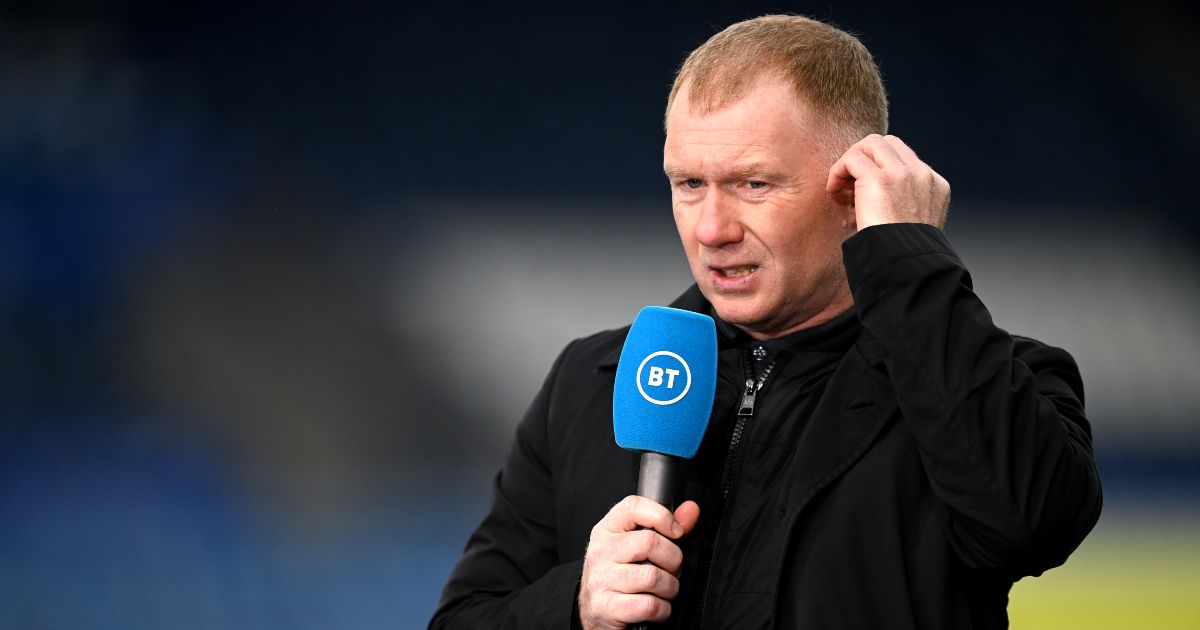 Paul Scholes thinks Man Utd boss Ole Gunnar Solskjaer should drop one of his “two sitting players” so that Paul Pogba and Bruno Fernandes can play closer together.

Solskjaer has enjoyed the solidity that two holding midfielders brings to his sides, especially in the biggest matches, with the likes of Scott McTominay, Fred and Nemanja Matic used there this season.

His lack of confidence in his centre-back pairing is thought to be a big reason why Solskjaer likes the extra security in front of his defence and he again deployed the tactic against Granada in last night’s 2-0 victory in the Europa League.

Pogba started on the left for Man Utd on Thursday night and impressed before being substituted at the interval after picking up a booking in the first half.

And Scholes reckons it would be good to see Marcus Rashford on that left-hand side with Pogba playing closer to Fernandes in the middle.

Scholes told BT Sport: “Solskjaer likes the two sitting players, I don’t think there’s a need for both of them, they need to get Pogba in a linking role with Bruno, if they do, it frees up another position for a forward player.

“‘The awareness and cleverness they both have allows each other to link up. United’s two cleverest players are Fernandes and Pogba so if you can get them close together, they’ll score a lot and provide goals for others too.

“A lot of the time, United that attacking, flowing play, I think Pogba could bring that with Fernandes. If you get him in there, it frees up the left for Rashford, there’s no way you’d want to play against that.

“Discipline-wise Pogba isn’t always there at times but going forward he brings something different.”

Speaking after the match, Solskjaer explained that he substituted Pogba at half-time as he didn’t want to risk the Frenchman picking up another yellow card.

“I didn’t want to risk a scenario where he went into a tackle and was a bit late,” Solskjaer said.

“I thought he went in fairly, won a few, got a couple of fouls against him which I didn’t think were fouls, so there was no point risking him and Donny (Van De Beek) needed a game and he did well.

“But Paul’s a leader on and off the pitch. I’ve got quite few of them.”