Home All The News Scholes: We couldn’t sign Ronaldinho so we kicked him 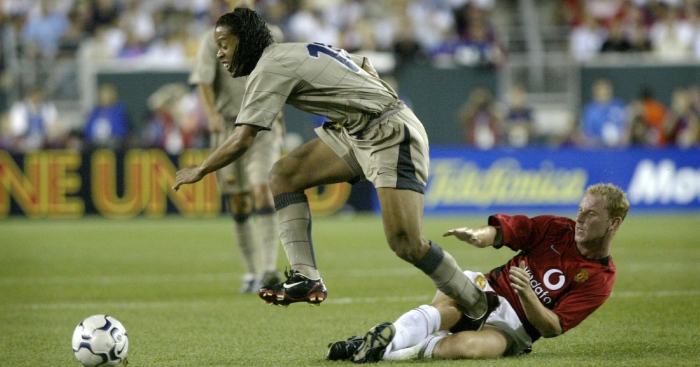 Paul Scholes has praised Ronaldinho, expressing his regret that Manchester United could never sign him.

Ronaldinho came close to joining the Premier League giants in 2003, but the move collapsed and the Brazilian left Paris Saint-Germain to join Barcelona instead.

Scholes, in an interview with The Republik of Mancunia, says that players dealt with the disappointment by trying to kick him during a pre-season game.

“I think Ronaldinho was very close at one time,” said the former midfielder. “I think if that’d have happened, I’d liked to have played with him. He was brilliant.

“Because he didn’t sign for us, everyone wanted to boot him and kick him, but you couldn’t get near him. Brilliant player, would loved to have seen him [at United] but, didn’t happen.”