Home All The News Schweini: My ‘goal’ is to play under Mourinho at United 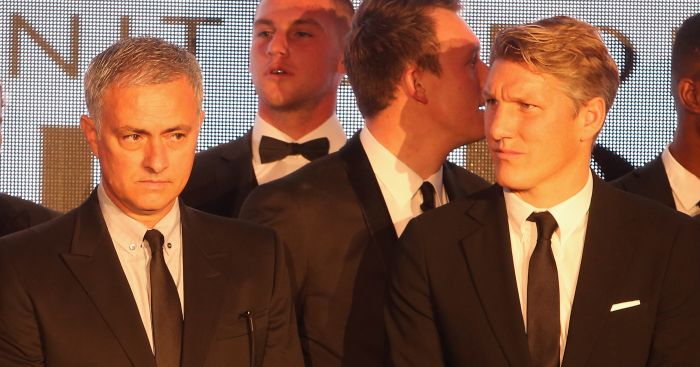 Bastian Schweinsteiger says he is still committed to trying his upmost to force his way into Jose Mourinho’s Manchester United team.

The Germany legend was frozen out by Mourinho earlier in the season and forced to train with the Under-23 side, although he is now back in first-team training.

Schweinsteiger struggled with injury for large chunks of last campaign under former manager Louis van Gaal but still managed to make 31 appearances in all competitions.

And the 32-year-old is still hoping that he can make a positive impression on Mourinho by impressing in training.

“My goal is to play for Manchester United. I give everything for that in every training session and I hope for my chance,” said Schweinsteiger.

“It’s going well. I train with the first team and I enjoy it a lot. When the team needs me, I am there to help.”