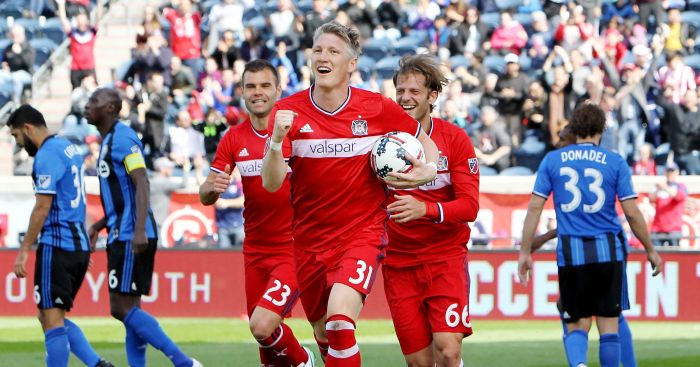 Bastian Schweinsteiger will have enjoyed “every minute” whilst on the pitch at Manchester United, according to his brother Tobias Schweinsteiger.

However, his brother doubts that Schweinsteiger will have viewed his time in Manchester neagtively as he is a “positive” person.

“He wasn’t disappointed when he left Man Utd because he was enjoying his new adventures,” Tobias Schweinsteiger told Goal.

“He’s not the sort of guy who thinks negatively about his past, he always thinks positive about his future.

“Bastian loves playing football, he enjoys every minute in training all the time. I know him, he always wants to play. And play 90 minutes every game. And he enjoys training with the guys and helping them to improve and it’s fantastic for him.

“For sure, MLS’ level is different to the European teams like Bayern Munich and Manchester United that he’s played for. But it’s good for him to help the other players to improve, I think he can help them. And he also has to learn new things in another type of ‘soccer’. It’s good for him.

“When you see him play the last matches with Man Utd, you can see he enjoys every minute.”