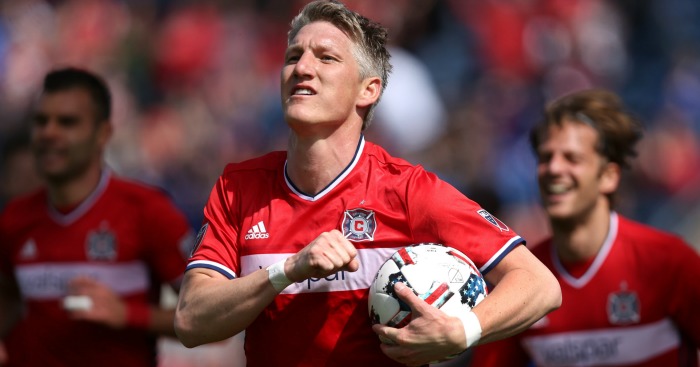 Bastian Schweinsteiger scored on his Major League Soccer debut, but it was not enough to inspire his new side Chicago Fire to victory in a 2-2 draw with Montreal Impact.

The midfielder, signed last week to great fanfare from Manchester United, marked his arrival in style by powering home a header from a right-wing cross from David Accam.

Matteo Mancosu equalised for the visitors in the 61st minute.

Both sides were then reduced to 10 men, Chicago’s Juninho seeing red for a second booking in the 71st minute and Montreal’s Victor Cabrera sent off 10 minutes from time for bringing down Luis Solignac, the Argentinian having been played through on goal by the influential Schweinsteiger.

The German volleyed narrowly wide from a corner as he looked to inspire his new side to victory, but instead they fell behind as Ballou Jean-Yves Tabla struck in the 90th minute.

But there was still time for Solignac to rifle in an equaliser to ensure Schweinsteiger did not start his American adventure on a losing note.