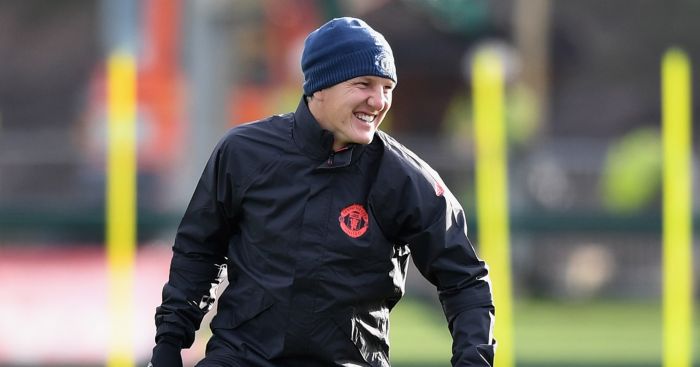 Bastian Schweinsteiger has been named among the substitutes for Manchester United’s Premier League clash with West Ham at Old Trafford.

It is the first time the 32-year-old World Cup winner has featured in a United matchday squad since manager Jose Mourinho took charge in the summer.

Schweinsteiger was frozen out by Mourinho earlier in the season and had a spell training away from the first team.

The former Bayern Munich midfielder’s recall came after Michael Carrick failed to make the teamsheet amid reports he had suffered a muscle strain.

Schweinsteiger was invited back to first-team training late last month.

It remains to be seen whether his return means he may still have a future at United under Mourinho.

It has been claimed Schweinsteiger, signed in 2015 by previous boss Louis van Gaal, could be offloaded in the January transfer window.

Schweinsteiger was joined on the bench by captain Wayne Rooney, who was one goal short of equalling Sir Bobby Charlton’s club record of 249.

Henrikh Mkhitaryan was also among the substitutes but neither Luke Shaw nor Anthony Martial featured in the squad.