Home All The News Schweinsteiger: ‘Man United will be my last club in Europe’ 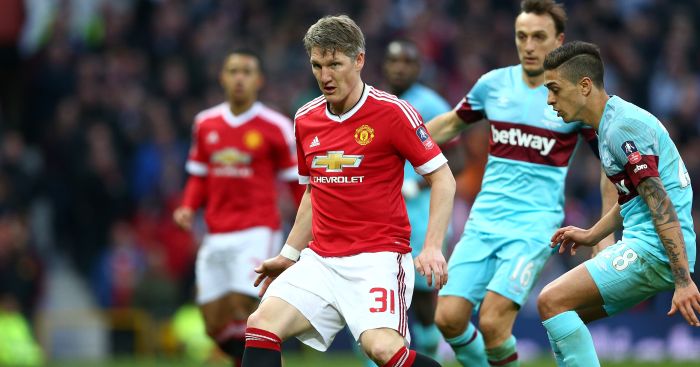 Bastian Schweinsteiger suggests he will stay at Manchester United and says “he will be ready” if he is needed.

Former Germany captain Schweinsteiger has been exiled at Old Trafford since the arrival of Jose Mourinho, and is among the Premier League players who have failed to make the bench this season, with reports suggesting he is now training with the reserves.

The 32-year-old has been linked with a return to Bayern Munich, but appears to be prepared to dig his heels in at United, where he has two years remaining on his contract.

He tweeted a message which read: “MUFC will be my last club in Europe. I respect other clubs, but Manchester United was the only one which could make me leave Bayern Munich.

“I will be ready, if the team needs me. This is all I can say about the current situation. I want to thank the fans for the amazing support over the recent weeks.”

A brief message to the amazing fans about my current situation. @ManUtd pic.twitter.com/Rf3jLKNwK4