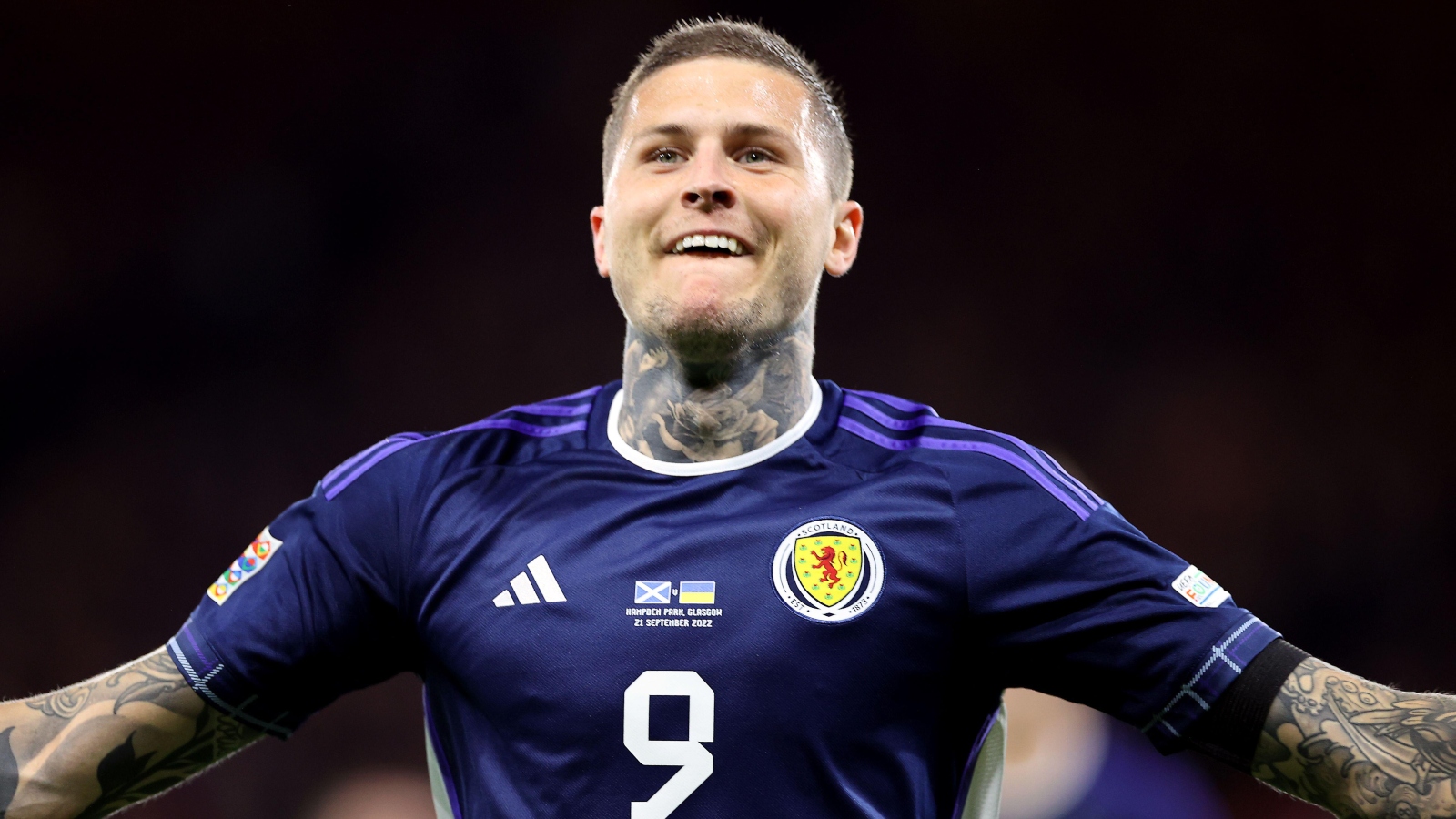 Lyndon Dykes came off the bench to score two late headers as Scotland moved to the top of their Nations League group with an impressive 3-0 win over Ukraine at Hampden Park.

Premier League reforms to the football calendar must benefit all clubs

The Scots had been well-beaten by Ukraine in the 2022 World Cup semi-final play-off in June but they had the measure of Oleksandr Petrakov’s side this time.

Scotland have nine points from four fixtures, two more than Ukraine, and will host Republic of Ireland on Saturday before another meeting with Ukraine in Poland next week in their final Group B1 fixture when promotion to Group A could be on the line.

With skipper Andy Robertson out injured, Clarke was glad to have fit-again Kieran Tierney back for his first Scotland appearance since March.

There were two more changes from the 4-1 away win over Armenia in their last outing with midfielder Ryan Christie and defender Scott McKenna coming back into the side.

Some booing accompanied the minute’s applause ahead of the game in memory of the Queen, patron of the Scottish Football Association, before a confident and pacey Ukraine side began the match in a threatening manner, stretching the home defence with a series of through balls.

However, in the 11th minute Scotland’s lone striker Adams had a strike on goal from 16 yards saved by goalkeeper Anatoliy Trubin albeit the offside flag went up, erroneously, according to replays.

Then a Christie cut-back from the left found no takers but it at least sparked some life into the Tartan Army.

The home side looked to have settled. McGinn and Christie both headed efforts over the bar before Trubin spilled a shot from Armstrong but Christie could not get hold of the rebound.

There was a blow for the Scots in the 25th minute when Nathan Patterson, who had picked up a knee injury, was replaced by Brentford’s Aaron Hickey.

The Everton right-back was taken away on a stretcher with Ukraine coach Petrakov going over to offer support.

A brutal ‘last man’ bodycheck by Valeriy Bondar on Adams just before the break earned the defender only a yellow card from referee Maurizio Mariani to the anger of the Scotland supporters.

Bondar was booed whenever he touched the ball after the break but there was little else to exercise the Tartan Army until the 57th minute, when a powerful Armstrong drive from a Tierney cut-back tested Trubin.

The Southampton midfielder then latched on to a Scott McTominay back heel but blasted his shot high over the bar.

Then Adams missed two glorious chances, heading a McGinn cross against the crossbar before Trubin somehow stopped a header from another delivery from the Aston Villa skipper.

In the 68th minute Armstrong directed a header from an Adams cross past the post from eight yards and just when frustrations threatened to boil over, McGinn took charge.

As a loose ball came towards him at the edge of the Ukraine penalty area, the former Hibernian midfielder used his strength to take control of the ball and drill it low into the far corner.

Adams and Armstrong were replaced by Fraser and Dykes before Trubin had to scramble across his goal to push a Tierney shot wide.

The two substitutes then combined from the corner for Scotland’s second, Fraser’s corner from the left headed in by Dykes.

And with four minutes remaining, Dykes sensationally headed in again from another Fraser corner to clinch three valuable points.