Home All The News Scotland appoint Mackay as interim manager 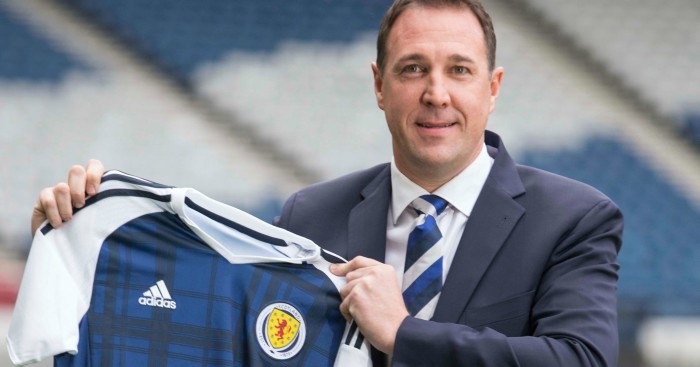 Malky Mackay will take interim charge of Scotland while the search for Gordon Strachan’s successor begins.

Mackay, the Scottish Football Association’s performance director, will oversee a friendly against Holland at Pittodrie on November 9.

SFA chief executive Stewart Regan made the announcement at a media conference where he revealed the governing body board felt it was “time for a change” when discussing Strachan’s future on Thursday.

Regan said: “Ultimately we are in a result business. We had a manager in place for five years coming up. He’d had two campaigns. When the board met to discuss Gordon’s position after the defeats to England and Slovakia, we backed the manager, but we backed the manager on the proviso that we made the play-offs.

“We didn’t reach the play-offs and we felt it was time for a new coach to give us a new impetus with emerging talent coming through the Scottish game and give us a real chance to make Euro 2020.”

Regan claimed Strachan had given no indication of whether he wanted to continue, but simply asked the SFA board to decide how they wanted to proceed.

Former Cardiff boss Mackay was a controversial appointment as performance director in December last year after being the subject of an 11-month probe into a series of text messages.

And Regan gave little away on whether Mackay would be involved in the recruitment process or a candidate himself.

“Malky’s the performance director,” he said. “He has got a big job to do and a number of challenges that he is working on at the moment.

“To be fair to Malky he has responded to the board’s request. We asked him to take the team in Aberdeen and he was delighted to do so. As far as Malky is concerned, he will then focus on his performance responsibilities.

“We asked him literally in the aftermath of yesterday’s decision to lead the team for one match. We haven’t discussed anything further as far as the recruitment campaign is concerned.”

Regan, who will lead the recruitment campaign with as-yet-unspecified SFA board colleagues, insisted nationality was no barrier to an appointment.

“The opportunity will be open to candidates right across the world,” he said. “We are looking for the best person for this opportunity and we will cast the net as far and wide as we have to.”

After Sam Allardyce was quoted among the favourites for the job by some bookmakers, Regan was asked whether a former England manager might be considered.

The former Yorkshire County Cricket Club chief executive said: “I think nationality is irrelevant as far as I’m concerned. Whoever is the best candidate can throw their hat in the ring and, if they are the best candidate, we’ll select them for the job.”

Regan said the board had not discussed potential salary packages or whether they would approach a manager in current employment, but he insisted the SFA had the financial might to attract a suitable candidate.

“We believe we will be able to compete to get the best person for this job,” he said. “We are determined to have the right coach in place to lead Scotland to the European Championship in 2020.”