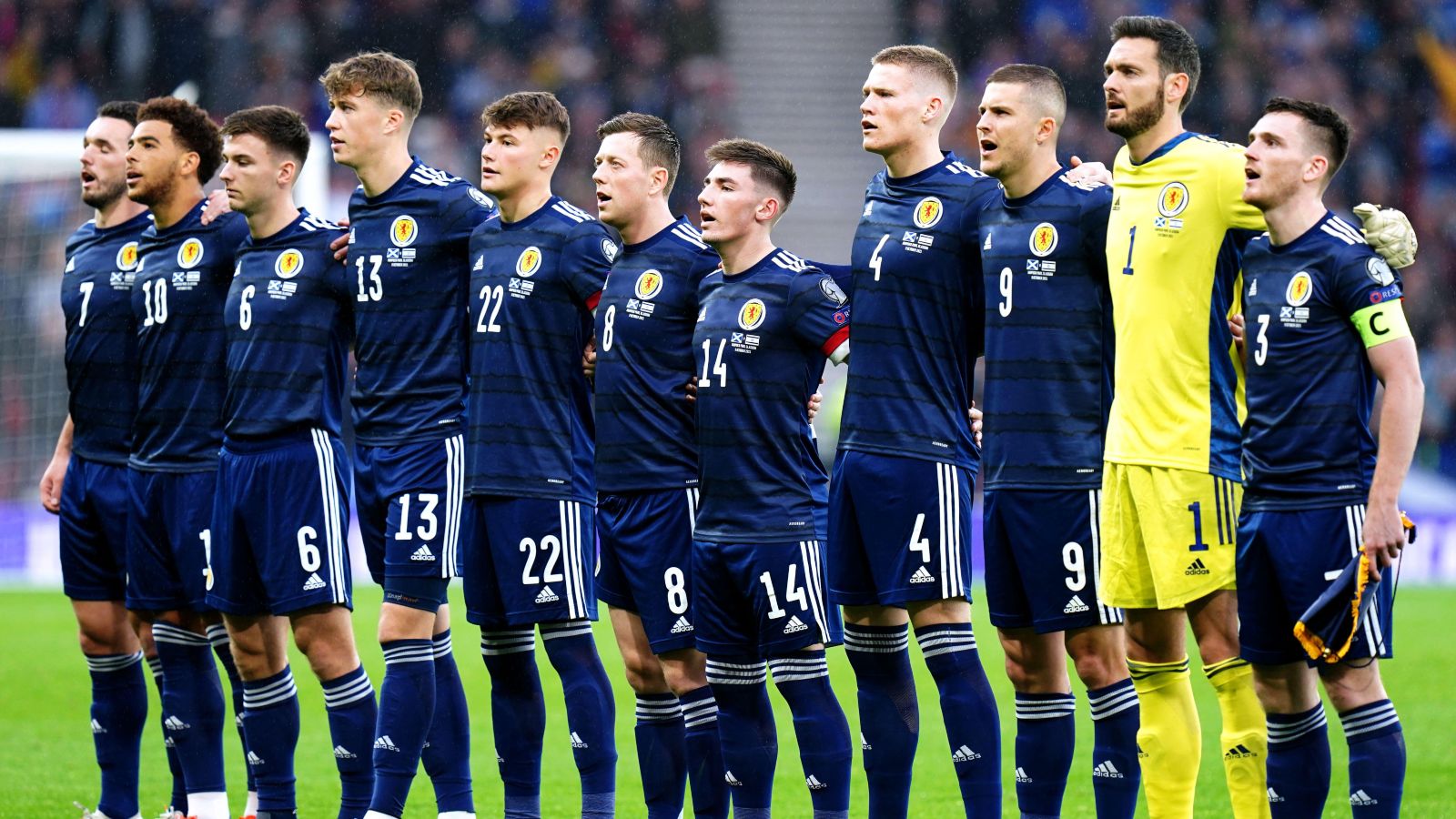 Scotland defenders Kieran Tierney and Nathan Patterson have emerged as potential injury doubts for the World Cup play-offs in June.

The two players started both matches of the national team’s recent friendly double-header against Poland and Austria, but their club managers have revealed that they are now facing lay-offs at the end of the domestic season.

Arsenal defender Tierney has a knee injury and Everton right-back Patterson has an ankle issue.

While the exact recovery time-frames of both players are yet to be established, they both appear to be in a race to be fit for the June international window, when Scotland are due to face Ukraine in the play-off semi-final, with Wales awaiting the winners in the final.

Tierney missed Arsenal’s 3-0 defeat away to Crystal Palace on Monday, with manager Mikel Arteta telling Sky Sports before the game: “He came back from international duty and felt something wrong in his knee. There is some damage there.

“We will hopefully know more on Tuesday but it is not looking good.”

Speaking again after the match on Monday, the Gunners boss added: “He is seeing the specialist tomorrow and we will know more about the extent of the injury but the feeling that he had wasn’t really positive and what the scan showed either. We have to wait and see what happens.”

Reports in Scotland on Tuesday suggested Tierney feared his season was over, which would be a clear blow to his hopes of being involved in time to face Ukraine, if the game goes ahead in June as planned.

“Nathan Patterson will be out for a certain period of time,” said Everton manager Frank Lampard, speaking at his media briefing on Tuesday afternoon. “He’s been to see a specialist on his ankle and we’re looking at having a small operation later this week.”