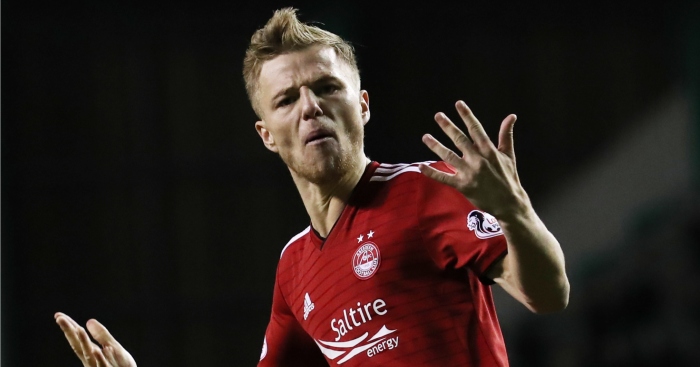 Jose Mourinho blinked into the camera, in full emotionally-wounded Disney rabbit mode, and repeated himself: “So, please… please buy tickets to our semi-final. It is still the League Cup, no? We face a big opponent. But today we sell only 100 tickets. Only 100. I think it is better that we play in front of fans than empty seats. We see this in Croatia last week. Please come and support us. We need you.”

So is this a likely scenario? Well, this is the manager of former European cup winners, a club which last season finished gallant runners-up in the league to all-conquering, far more financially profligate champions. So not very likely.

Unless, of course, you live in Scotland, because one manager whose club fits all of these criteria actually was forced to get his Spaniel on and perform this excruciating act of televised begging just this week.

Aberdeen’s Derek McInnes had the less-than-thrilling task of appealing to Dons fans to put their hands in their pockets and travel to Glasgow to support the team in their Betfred Scottish League Cup semi-final against Rangers at Hampden Park a week on Sunday. It seems that Aberdeen have sold only around 9,000 tickets for the game against, lest we forget, their most hated rivals. Indeed, on one day in particular the club actually did shift just 100 tickets. Steps sell more than that. I mean, easily.

What made McInnes’s plea doubly embarrassing was that, when Aberdeen were initially informed of their match allocation of some 16,000 tickets, they kicked off, indignant at this slur on their ability to draw a crowd. So the SFA was forced to up their wad to just over 20,000 seats. Now Aberdeen can’t sell half of those. This is what is known in psychological circles as ‘making a knob of yourself’.

If all of this seems utterly ridiculous, a most unlikely scenario, it’s worth remembering that this is a pantomime being played out in Scotland. And it’s again making Scottish football look like some kind of semi-pro ice hockey league in Moose Jaw, Saskatchewan; somewhere that, when the team skates onto the ice, a mournful Wurlitzer organ playing Happy Days Are Here Again, you can only hear half a dozen people clapping. And as a Scottish fan of football, that depresses me.

I wrote in F365 only this week that the success of Liverpool’s Andy Robertson was a source of great pride to Scottish football fans, but it is Robertson’s very singularity; his rareness – illustrating the dearth of our players at the highest level – that is so saddening.

And this latest example of how far we’ve sunk as a football nation is every bit as grim. We must face the fact that the product we offer – our game – seems to be appealing to fewer and fewer people. Even WE don’t want to watch it now. Never mind the bloody English!

Nevertheless, I was still curious as to why so many Aberdeen fans would choose to stay at home on a Sunday than travel just a couple of hours to see their team in a major semi-final. Fan forums offered a few explanations, delivered with the usual foamy-mouthed hatred of Glasgow. Either Rangers got all the good Hampden seats. Or not enough trains were laid on because too many were being used for Rangers fans, OBVIOUSLY. That’s the SFA’s fault. Now that Rangers have got their feet under the table again, with Gerrard and everything… million of punters coming to see them, the SFA are falling over themselves to be nice to the boys in [bleeping] blue. And what about the kick-off time? Too early. [It was changed.] The kick-off’s too late now because both sets of fans will be boozing all afternoon, so parents won’t want to bring their children. Plus, the referee will probably be a Rangers fan, so you know…

On and on. It is hard to understand. Actually, it probably isn’t. It is what it is. Scotland really is now the kind of footballing backwater where a manager has to go on telly to beg his fans to come and support his team.

So what can be done to improve our game as a spectacle? Christ, I don’t know. Tighter shorts?