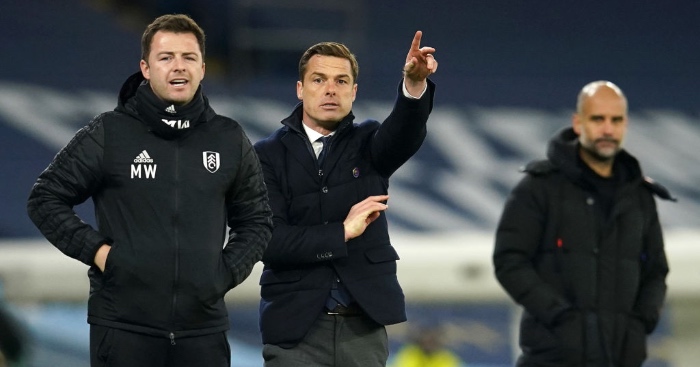 Fulham manager Scott Parker believes his team showed plenty of ‘fight’ in their 2-0 loss to Man City away from home.

Their opponents got off to a brilliant start in the first half as Raheem Sterling scored the opening goal.

The Englishman was played through by midfielder Kevin De Bruyne. He took one touch before hitting the ball into the bottom corner.

MAILBOX: The ‘proof’ that Arteta is the right man for ‘unlucky’ Arsenal…

City doubled their lead in the 26th-minute as De Bruyne scored from the penalty spot.

Sterling was adjudged to have been brought down by Joachim Andersen in the box after twisting and turning to get a shot away.

De Bruyne dispatched of the penalty to score his second goal of the season.

Despite the loss, Parker will be happy with how his Fulham team played in the second half. They had more of the ball and managed to keep City’s effective attackers at bay.

Speaking to BBC Sport after the match, Parker said: “If you lose matches, you’re obviously disappointed. I see a team that had some fight. I really liked what we were about in the second half.

“There’s no shame in losing to a quality side. I asked for spirit and personality and I thought we had that.

“The first half was tough. We changed it in the second half to try to get the ball in the right areas.

“The performances this week will stand us in very good stead. The first few games we weren’t in the contest and since then we’ve been right in them. Today was another big performance. We’ll keep building.”

Their next match is against Liverpool on Sunday 13th December. City, meanwhile, will play Marseille in the Champions League on Wednesday.