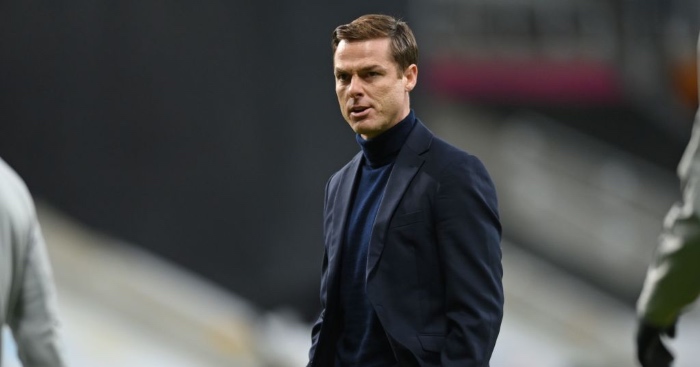 Fulham boss Scott Parker wants to have a ‘big influence’ on their match against Southampton, despite being forced to stay at home.

Parker will miss the Boxing Day clash against the Saints due to the government’s coronavirus rules.

A member of his household has tested positive for COVID-19, which means he must self-isolate for a certain number of days.

Speaking ahead of the match at Craven Cottage, Parker said: “I’m feeling well. Obviously due to the guidelines I’ve had to self-isolate myself, so there’s no denying I’m disappointed.

“The family member is fine and is on the mend, but obviously for me now I’m self-isolating and doing things from the distance of the room really.

“Of course I’ll do all I can from home. I’ll be in constant dialogue and I’ll have a main feed going into the dugout.

“I’ll have a laptop and screens that have a lot of different angles of how I see the game.

“Is that going to be as good as being live and around it? Of course not, but that’s the predicament that I’m in at this time. I’ve got great coaches and great staff who will take the reins more personally there, but also I can have a big influence from where I am.”

The Englishman is hoping to return for Fulham’s next match against Tottenham on Wednesday 30th December.

When asked if the current situation is similar to the March lockdown, Parker said: “It’s very similar. Obviously I think the lockdown period gave us some ideas of how to coach from afar, although this time it is a little bit different because we’re in competition at present.

“Last time we weren’t in competition, although we were keeping other players active and trying to keep them fit for what was the remainder of an important season.

“But this is real competition and we have a Premier League game on Saturday which obviously I’m not going to be able to take part in.”