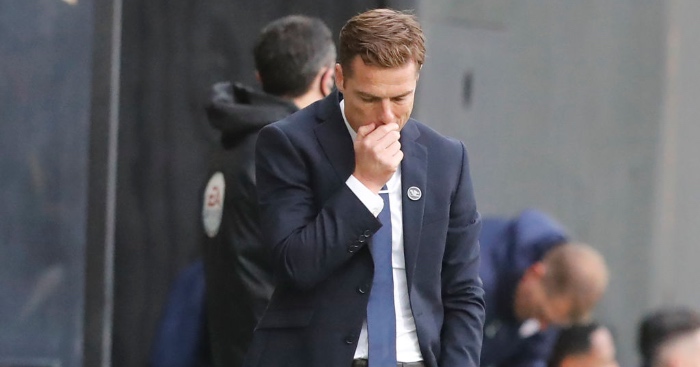 Fulham manager Scott Park says he is looking ahead to their ‘massive’ next game against West Brom, after they lost to Crystal Palace in the Premier League.

They went behind early in the first half after a goal from Jairo Riedewald for Palace.

Fulham failed to capitalise on some promising moves and conceded again in the second half, this time to Wilfried Zaha.

The situation was made worse as Aboubakar Kamara was sent off in the 86th-minute after a challenge on Palace’s Eberechi Eze.

Tom Cairney’s stunning late strike was one saving grace for Parker and his team. The midfielder sent the ball straight into the top corner from outside the box in the 95th-minute.

Ademola Lookman also looked good today. Fulham fans will be hoping his form continues in the next few matches.

Speaking to BBC Sport after the game, Parker said: “We had a good share [of the game] and that’s probably been a factor in all our games. The goals came at the wrong time for us, for the dominance that we had.

“The first time they got in our box we conceded. In the second half we got at them and had a control and quality about us against a team that enjoy their moments. It is a tough one to take today.

“I don’t think we need to be more direct but when we get into those moments we need to understand the game and the opponents. It’s disappointing.

“That’s just where we are. This team is learning about the dynamics and the fine margins of this division. You can control a game as much as you want but you need to understand the opposition and the dynamics you’re playing against.

“There’s no hiding that the next game for us is a massive one and West Brom will be saying the same. They will come here with a real appetite to take something and we need to take that as well.”