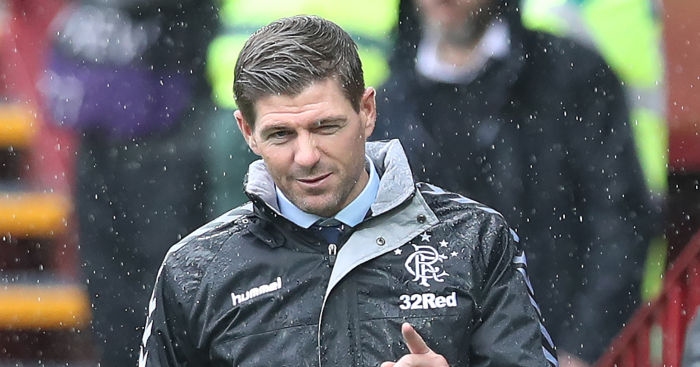 What is your opinion of Scottish football? Do you think it’s any good? Do you watch it very often? The answers, unless you live in Scotland, are probably: 1) No, it’s rubbish; and 2) No, I hardly ever watch it. I’m right, aren’t I?

Well I’m here to tell you that if that is what you think, you have come to the wrong conclusion on both counts. Scottish football is often fantastic entertainment and is still completely connected to its traditions and roots. Even if it might have sometimes wished to be, it isn’t drowning in rivers of unearned money. Indeed, the ‘lack’ of money in the Scottish game has, ironically, preserved what is so good about it. A good footballer still has an excellent chance of playing for their hometown club here. No-one is on really massive wages, transfer fees are small or non-existent, coaching still matters more than anything else.

Because of this ‘lack’ of money, it is competitive in a way that the Premier League could only hope to be. To be a fan of Scottish football is to be down-to-earth and unpretentious. It is to regularly see local youth-team players progress through the ranks to the first team. It is to go to some great football grounds and to watch games with fans – most of whom, outside of a couple of teams, have little or no sense of entitlement at all. It is at peace with itself in a way that Premier League football culturally, financially and morally simply isn’t. It knows what it is and where it fits in the world of football. It’s all very satisfying.

Take Sunday’s Motherwell v Rangers game which ended 3-3, the Motherwell equaliser scored in the final minute. It was a blood and thunder game and entirely typical of what is on offer these days in the Premiership. I then watched the Watford v Palace game. It was decent fare, but certainly not superior entertainment. In fact it looked very much like a game you’d see in the Premiership.

I know there are snobs who say they won’t deign to soil their retinas or waste their valuable time with anything less than the elite game, and thus wouldn’t be interested in watching Motherwell, for example, but those people are a self-regarding modern invention. Most of us just want to see two evenly-matched, fully-committed sides battling it out at whatever level they play.

Because the Scottish national team has been a flop for the past 20 years and because Celtic have dominated the league and this year didn’t qualify for the Champions League – despite being an actual champion, unlike almost all the other clubs in the competition – and because Scottish players when going south tend to go to lower-league teams, it is easy to assume this means the leagues are full of talentless players. John McGinn was one of the best players and still only went to Aston Villa, a Championship side, for a mere £3m. Were a player of his standard available from a Premier League club, he’d have cost much, much more but England has got a downer on Scottish players and their prices are consequently suppressed.

But however talented the Scotland-based players are or aren’t (don’t forget Virgil van Dijk played 76 games for Celtic), football isn’t an exhibition sport. It’s a competitive team game and the fact is, in Scotland, players are often very well matched; that’s why the games are good to watch. Currently, Edinburgh club Hearts top the league and are playing excellent football. Rangers look much better under Steven Gerrard than last year and Celtic, though second, have had their first real dip under Brendan Rodgers, and only just squeezed past Hamilton this weekend.

Celtic have dominated for years and are financially well ahead of anyone else and the bookies have them as favourites to win the treble again, but this time any one of at least four clubs have a good chance of at least competing for the title. The argument that Celtic’s domination has made the rest of the league rubbish doesn’t hold water. While none have been able to compete with the Bhoys, the competition between all the other clubs has been as fierce as ever and the entertainment value has been resolutely high. And in case anyone has forgotten, that is the most important facet of football: entertainment.

If you saw Aberdeen playing Burnley in the Europa League, the gap in quality was far from commensurate with the gap in income between the two clubs. And I’ll tell you this: in Scotland you don’t look at a player and feel morally disgusted by the money he is being paid. For someone like me who watches football both sides of the border, I find that hugely liberating. Scottish football feels real in a way the Premier League certainly doesn’t.

There is real romance here too. The quirky habit of naming some clubs after anything other than the town they play in is wonderfully eccentric. East Fife play in Methil. Raith Rovers? They play in Kirkcaldy. Albion Rovers? Coatbridge. East Stirlingshire are from Falkirk and Ross County are in Dingwall. Of course. This is like looking at Hull City and deciding to call them East Yorkshire.

To travel to many of these grounds is to go to some wonderful, windswept places in beautiful settings, such as Strathspey Thistle or Brora Rangers.

It’s not that there isn’t much fun to be had watching the Premier League; there clearly is. However, my point is that it often isn’t superior entertainment to its Scottish cousin, which is is now largely ignored and dismissed in England. Indeed, at a time when many are watching football from other European leagues, Scotland is being criminally ignored. So why not give it a try this season?