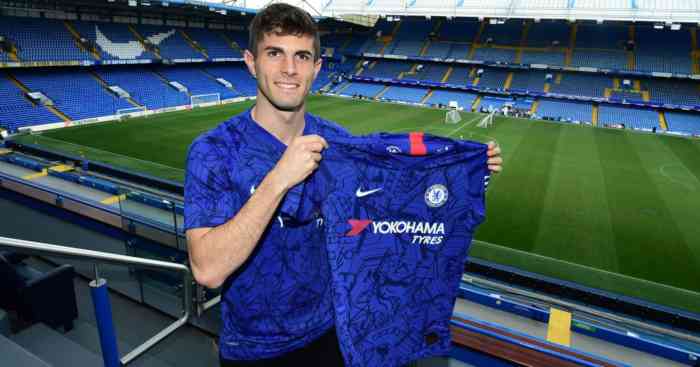 A former scout for Man Utd has revealed how the club missed out on the chance to sign Christian Pulisic from Dortmund.

Speaking with Manchester Evening News, Jorge Alvial has revealed how he recommended Pulisic to staff at Old Trafford on multiple occasions whilst he was playing in Germany.

Pulisic joined Chelsea in January 2019 for a reported £57.6 million, making him the most expensive North American player of all time. But things could have turned out very differently if United listened to the scout.

Alvial said: “When I first got hired one of the people that I recommended right away was Pulisic because I knew him and his background.

“I knew how well he was developing in Dortmund and he was just going to keep coming up, and become a superstar because he was doing very well.

Despite Alvial’s recommendations, Man Utd officials failed to put in a proper bid for the American and instead put their trust in academy graduates Mason Greenwood and Marcus Rashford.

While they are both performing well in Manchester, had United listened to the scout, they could have signed a future superstar for a nominal fee.

Such was Pulisic’s talent, Alvial almost broke protocol when recommending him: “For Pulisic I jumped many levels that we are supposed to do and I went directly to the head scout.

“I said: ‘Listen, this player is extraordinary… we need to make a decision right away because if we don’t someone else is going to see him, and is going to beat us’, which has also happened with Alphonso (Davies).”

While United were deliberating whether to sign the future star, Pulisic continued to impress in Germany by becoming a first-team regular in the 2016-17 season. He clearly impressed scouts at Chelsea, who went on to sign the youngster two years later.

Pulisic looks set to reach his potential at the London club. He’s scored nine and assisted six in 25 league games this season, exciting Blues fans in the process.