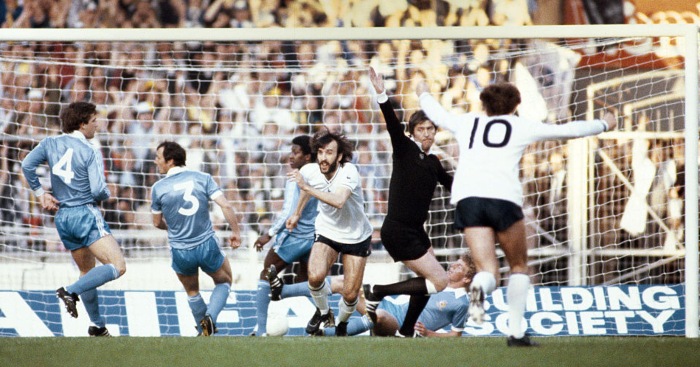 White was not alone in calling for replays to be scrapped in the annual New Year “let’s rejuvenate the FA Cup” brainstorming session expelled like a post-Christmas parp. As if anything was needed on that front beyond Saturday 3pm stamped next to each fixture.

ESPN’s Mark Ogden chipped in, agreeing that replays should go, concurring with poor lamb Nuno Espírito Santo. who seemingly couldn’t face another Wolverhampton cup tussle with Man Utd after the two teams drew 0-0 in the third round.

Ogden also believes that FA Cup ties should be played at the ground of the lowest-ranked teams because fans of Crewe and Cheltenham obviously don’t want a trip to Goodison Park or Stamford Bridge to break up the League Two glamour, and their clubs are clearly so flush they can do without the top-tier stadia gate share.

Easing ‘fixture congestion’, that modern football affectation, is always trotted out as the reason to ditch replays, in the parlance of a salesman looking to avoid traffic on his way to peddle toilet cleaner.

You won’t hear many players or managers from the other 700-odd teams in the FA Cup complain about the fixture list; they just get on with it. Nor will you hear fans of competing FA Cup clubs whinge if the opponents put out a weakened side, with lower-league clubs in particular looking to claw together as much prize money as possible. Play your U-12s for all they care. A win’s a win.

Ogden said that replays should be done with to ease the ‘drain on resources of fans’, like the game worries about fans’ finances at any other time.

Of course, there’s no talk of fixture congestion or adequate rest when top-flight clubs such as Wolves are jetting off to China for the Premier League Asia Trophy as they did in July. Perhaps they should do away with overseas pre-season tours that are as gruelling as they are lucrative before we start lecturing other clubs about fatigue.

White bleated on about Wolves playing 38 games so far this season but 12 of them were Europa League matches, so why should the rest of football be impacted by Wolves’ success? They seem to be managing things pretty well, Jim.

Peterborough United owner Darragh MacAnthony was quick to retort on the importance of replays from a lower-league perspective, making all sorts of useful observations such as the rise of Lincoln City via FA Cup prize money and the odd return match. With several EFL clubs such as Macclesfield struggling to survive, taking away replays would be kicking a man while he is down.

“It’s life changing for some of them!” 🙏

“Lincoln got out of Non League by getting to the quarter finals and rebuilt their club. That’s massive.” 👏

But MacAnthony missed the more subtle role of FA Cup replays in preserving the last vestiges of unhurried football, akin to the slow food movement where everything does not have to be swallowed in one gulp. Fans now rant in the streets on Arsenal Fan TV within minutes of the final whistle; what happened to a moan in the pub and a week of digestion?

Replays help build bonds between fans across the country, between big clubs and small clubs who cross paths for a moment. Another one or two liaisons never hurt. There would have been no Ricky Villa slaloming between City’s knackered defence if it wasn’t for replays.

Ultimately, scrapping something is easier than the careful but achievable job of proper reform, and English football can do better than that. As in any unhealthy relationship, sometimes one partner doesn’t need to be ‘fixed’, just treated better.

First they came for the league gate receipts in the 80s. Then the TV money in the 90s. Then the kids via EPPP in the 2010s. They aren’t having FA Cup replays too.