Home Arsenal Seaman: How Man Utd will beat Arsenal in the transfer window 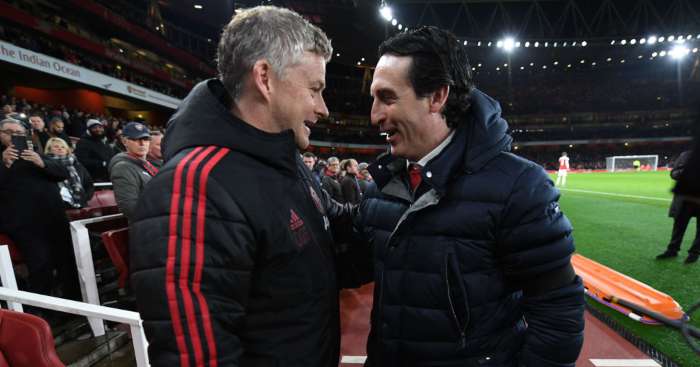 David Seaman thinks Manchester United will get the better of Arsenal in the summer transfer market despite them being in a “very similar situation”.

Neither club have Champions League football to attract players to their clubs, while both need to strengthen their defence as a matter of urgency.

And Seaman sees United having the edge over the Gunners due to their massive spending power.

“When you look at Arsenal, they’re in a very similar situation to United,” Seaman told talkSPORT.

“They need to strengthen at the back, they’re both without Champions League football, so it’s going to be testing times.

“I would say United [are in a better place than Arsenal] because of their buying power and the money they will pay for players.

“That [Arsenal’s transfer budget] is so frustrating at Arsenal because the club is running on a good profit.

“The fans are so frustrated at the moment, especially with the result in the Europa League final against Chelsea.

“I watched it and it was a disappointing result.

“It was made a little bit better by the weekend result [Tottenham being beaten by Liverpool in the Champions League final], but it’s so disappointing.

“They’re struggling. It’s just so frustrating being an Arsenal fan and an ex-Arsenal player at the moment.

“You know what the club is capable of, so you’re just like, ‘come on, let’s see what you’ve got’.”