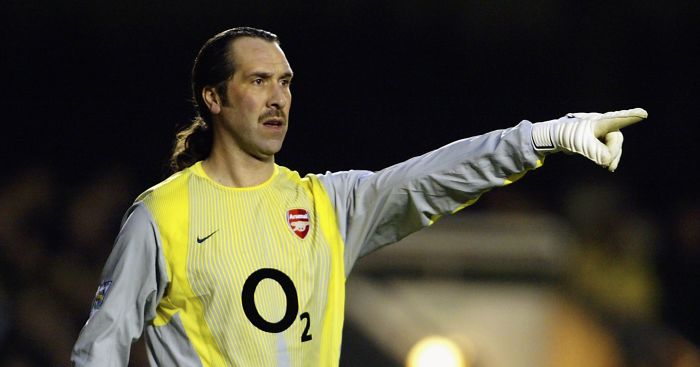 Former Arsenal goalkeeper David Seaman has expressed his concern over the team’s ability in defensive areas.

Arsenal have lost their first two league games of the season – to Manchester City and Chelsea – with Seaman not impressed by their playing out from the back.

Speaking on Talksport, he said: “Arsenal worry me at the back.

“Petr Cech is having to make a lot of saves and there’s some defensive stuff going on there that’s… it’s not schoolboy, but…

“They want to hold a high line, and yet they’re still holding a high line when there’s no pressure on the ball.

“You do not do that, and they found that out against Chelsea where they were just knocking balls over the top for fun.

“Going forward it looks strong, but they’ve got to take chances. There were some really good chances against Chelsea and it was frustrating, especially because you know Chelsea have got quality up front and they will punish you.”

Unai Emery succeeded Arsene Wenger as Arsenal head coach in the summer, and Seaman believes he needs to find the right balance with his playing philosophy.

“At the moment they are not fully confident of playing out from the back, everyone can see that. It’s about getting the balance right.

“If teams are pushing in on you and doing it really well, you have to knock it long some times. Then, by doing that, it spreads out the field and you can start from there.

“Just mix it up. We were really trying to force it all the time and it becomes really easy to defend that.”

Arsenal’s next fixture sees them play West Ham, who have also lost both their opening games.