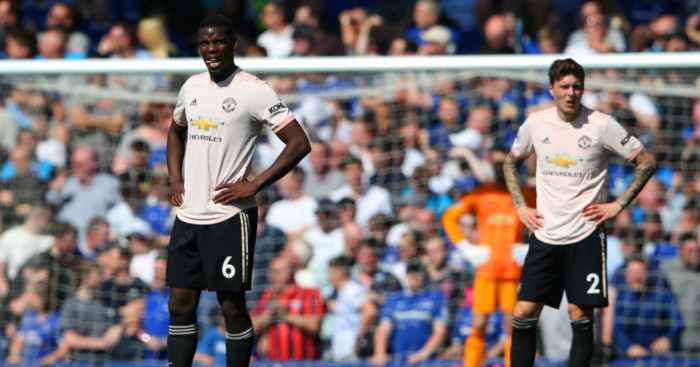 David Seaman thinks the Manchester United squad must “show” the supporters “what they’re capable of” against Manchester City on Wednesday night.

The Red Devils host City on Wednesday night in the Manchester derby as United could have a huge say in the Premier League title race.

Victory for Pep Guardiola’s men would take them back above Liverpool at the top of the table, while United need a win to stay on the coattails of the top four.

Ole Gunnar Solskjaer’s outfit were thrashed 4-0 over the weekend by Everton and Seaman reckons the fans need to see a reaction.

“I watched them over the weekend and it was like the team from when Jose was there,” Seaman told talkSPORT.

“It’s almost like they’ve downed tools. All of a sudden it looks like they’re all playing for themselves and not as a team, which is what it used to be.

“When Ole took over he got that confidence back in them and they were all playing together.

“But now, again, they’re getting outrun on the field. It’s not looking good.

“You can’t just turn it on when you want.

“They can only improve after their last performance.

“They must really show to their fans what they’re capable of now.

“It’s getting down to the nitty-gritty now and there will be a lot of questions asked of a lot of the big players there.”

"It was like watching Jose's United… they've downed tools."

"The United players have to prove to the fans they care."