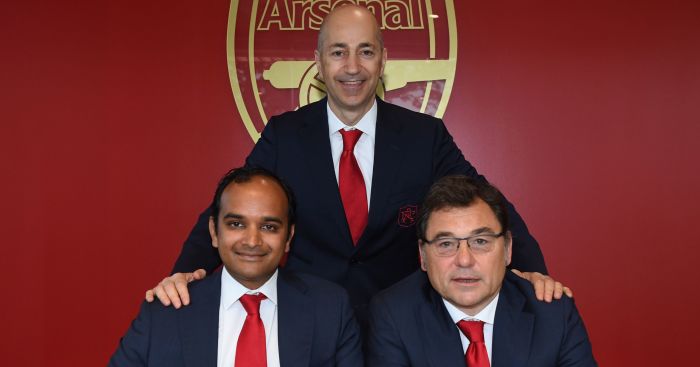 The Gunners are currently on a long unbeaten run of 16 matches without defeat in all competitions and sit fifth in the Premier League.

However, Venkatesham was recently quoted as saying the Gunners were missing out on “tens of millions of pounds” from not being in the Champions League and urged Emery to get them back there.

“Just let him get on with it,” Seaman said on Wednesday’s Alan Brazil Sports Breakfast on talkSPORT.

“If we get into the top four we’ve had a fantastic season but, for me, our best way to get into the Champions League would be to win the Europa League.

“But that isn’t going to be easy because the Champions League teams haven’t come into it yet, it’s a competition that gets harder and harder as it goes on.

“Just let Unai Emery get on with it, he’s doing a great job.

“He’s picked the club up and the team are playing with a lot of confidence, don’t put any added pressure on them.”

"Just let Emery get on with it… Don't put pressure on the team."

When do you think we will see Arsenal in the Champions League again? 🤔 pic.twitter.com/vzV0Eskzrx