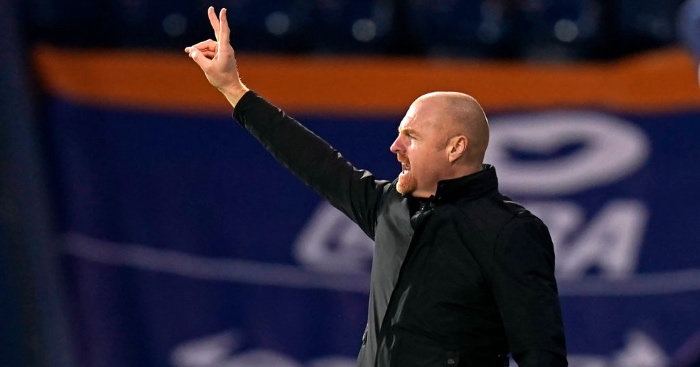 Burnley manager Sean Dyche says it shouldn’t be difficult to ‘galvanise’ his players following their tough start to the Premier League season.

Burnley have picked up just one point from their first four games after playing away from home on three occasions.

They drew 0-0 against West Brom in their most recent fixture and are now looking ahead to Monday, when they play Spurs at home.

Speaking ahead of the match, Dyche told reporters: “You’re not always as far away as you think and we just have to get on the right side of those margins.

“It’s not difficult to galvanise them because they’re wise enough to know you can have bumps in your journey during the season.

“I’m aware it is a season’s work and it always has been for us. The minimum requirement is around the 38 to 40 point mark and then we build on top of that, and we’re not going to move too far away from that thinking because it’s served us well.”

Burnley fans will be hoping for a positive performance against Jose Mourinho’s team, despite going into the match as potential underdogs.

It looks like Dyche will be without Erik Pieters for the match as he has picked up a calf injury. Phil Bardsley is also unavailable due to his positive coronavirus test.

Defender Matt Lowton could return to the squad following his ankle injury.

After facing Spurs, Burnley host Chelsea at Turf Moor on Saturday 31st October. Their next two games could be important in shaping their season and potentially getting them back on form.

Burnley have built high expectations for themselves after finishing tenth in the Prem last campaign.

During the summer, Dyche was barely backed by club bosses to improve the squad. Dale Stephens signed from Brighton for £1 million, which proved to be the only major signing.

Striker Chris Wood was linked with a surprise move to Italy, although this never materialised.