Home All The News Season over? PL to meet after coronavirus hits Arsenal and Chelsea 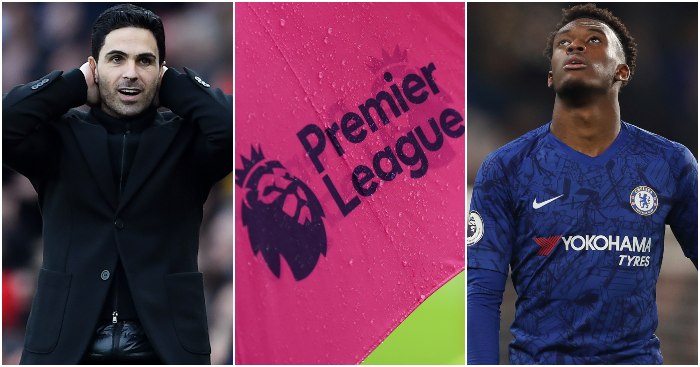 The Premier League will hold an emergency meeting on Friday, with the Arsenal and Chelsea first-team squads in self-isolation after positive coronavirus tests for Gunners manager Mikel Arteta and Chelsea winger Callum Hudson-Odoi.

The Gunners’ trip to Brighton on Saturday was immediately postponed and further games appear certain to follow.

The Premier League could follow the NBA in suspending its season, with US basketball officials clarifying on Thursday the league will be halted for at least 30 days.

Leicester (three) and Manchester City (one) also have players in self-isolation and the Premier League, who earlier on Thursday said games would go ahead as planned, said it would “convene an emergency club meeting regarding fixtures”.

The winger displayed cold symptoms on Monday morning and has stayed away from the club since then. His test result was returned on Thursday night.

“Chelsea personnel who had recent close contact with the player in the men’s team building will now self-isolate in line with Government health guidelines.

“These will include initially the full men’s team squad, coaching staff and a number of backroom staff.”

The club said despite testing positive, the 19-year-old was “doing well and looking forward to returning to the training ground as soon as it is possible”.

The Blues have also closed two buildings at their training facility.

Chelsea are scheduled to play at Aston Villa on Saturday afternoon but the match looks unlikely to proceed.

Arsenal’s trip to Brighton has already been postponed after Mikel Arteta tested positive for coronavirus.