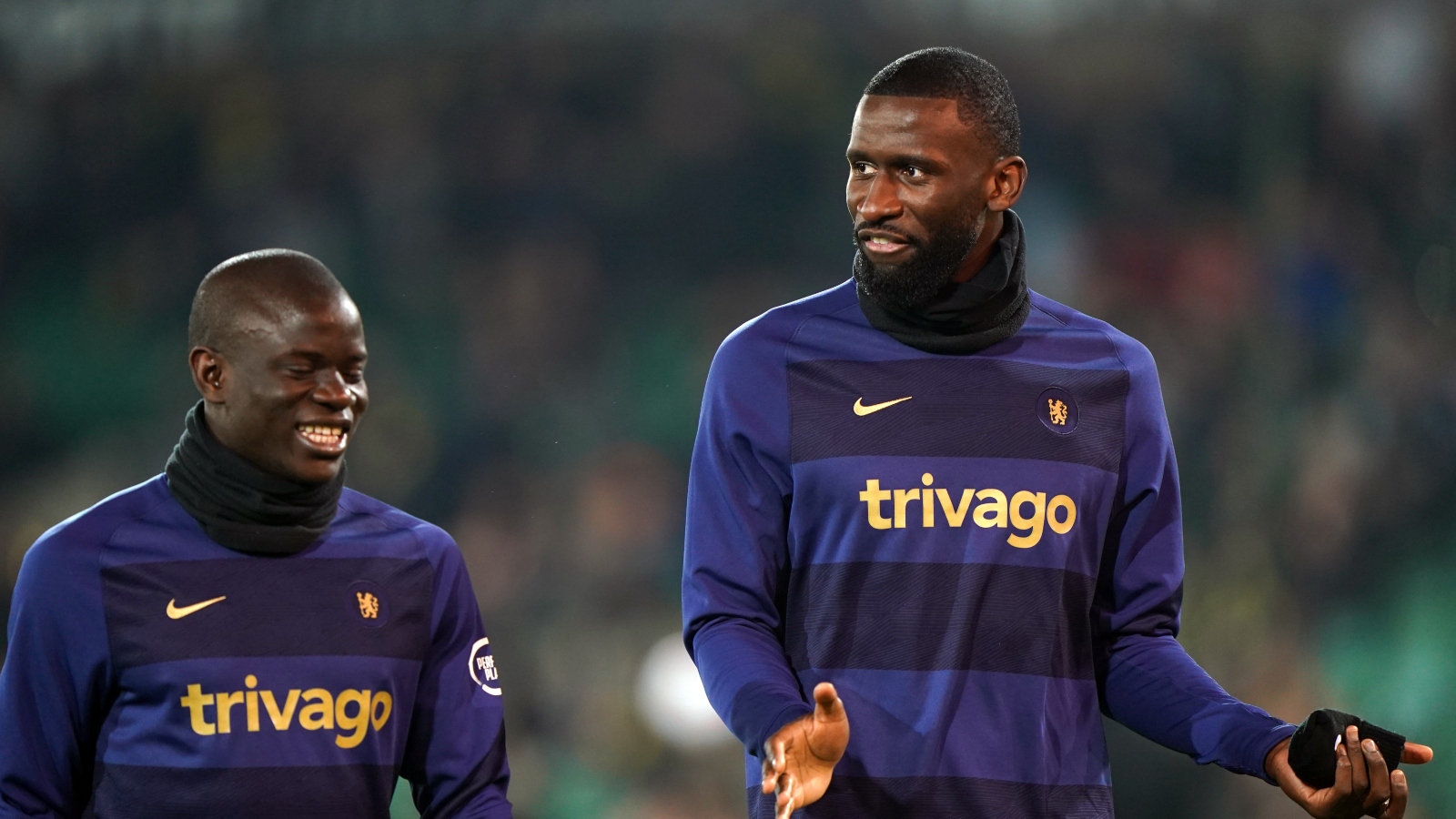 Premier League XI of players not at the 2022 World Cup

It has been reported that Rudiger wants £200k a week but the latest offer from the west London outfit currently stands at £140k a week.

The current sanctions imposed on Chelsea owner Roman Abramovich by the UK government make it more unlikely that Rudiger will sign a new contract before the summer.

There has been interest from Real Madrid, Bayern Munich and PSG with reports in December claiming that Man Utd have entered the race for the 29-year-old.

Meanwhile, there were reports earlier this month that the German centre-back had turned down Man Utd in favour of a move to Serie A club Juventus.

Despite this, it seems that Barcelona are now leading the race to sign Rudiger after holding ‘secret negotiations’ with the defender’s agent.

This is according to Sky Germany journalist Florian Plettenberg, who shared a video of Sahr Senesie meeting Mateu Alemany and Jordi Cruyff, who are members of the Blaugrana board.

The Catalan club have been busy in the free agent market. President Joan Laporta has already all but confirmed the signings of Chelsea defender Andreas Christensen and AC Milan midfielder Franck Kessie.

Having also offered a contract to Cesar Azpilicueta, Barcelona could potentially sign three Blues defenders for nothing in the summer.

Barca are keen on bolstering their defence with young centre-half Ronald Araujo’s future at the Nou Camp up in the air.

He has been linked with Liverpool and Chelsea, as well as Man Utd, in recent months, with Araujo looking for a pay rise to commit to the Catalan side.

Araujo is out of contract in 2023, and Spanish publication ABC claiming that Man Utd have ‘already approached’ the Uruguayan.

The La Liga club have reportedly offered the 23-year-old €4m a year; a figure that is seen as too low by the player. It is believed that the Red Devils are prepared to offer ‘more than double that amount’.