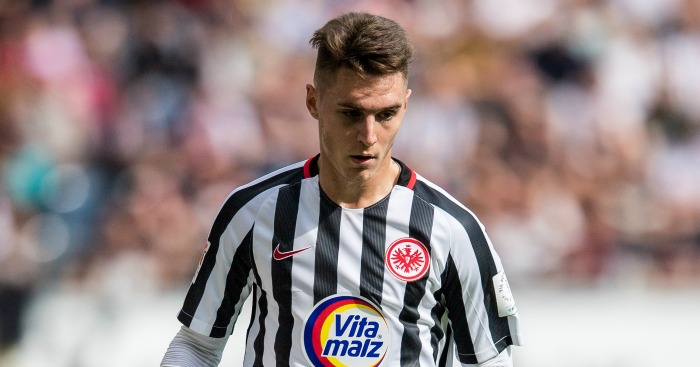 Manchester United right-back Guillermo Varela has been suspended by his loan club Eintracht Frankfurt after a new tattoo ruled him out of the DFB-Pokal Cup final.

The Uruguayan defender has only played a handful of games this season for the German club after tearing ankle ligaments, but has established himself in the team in recent weeks.

He then made the questionable decision of getting a new tattoo in the week before Eintracht were playing Borussia Dortmund in the cup final; that new tattoo has got infected.

Varela has now been suspended and sent back to his parent club.

Chairman Fredi Bobic said: “Contrary to clear instructions from the coach Niko Kovac, Varela had a tattoo, which has now become inflamed.

“This behaviour is grossly negligent and hurts the entire team.

“Guillermo’s path with Eintracht has ended with this action. The club cannot tolerate a player resisting the coach and players ahead of such an important game.

“We had already thought about a possible extension of the loan. This is no longer a matter of course.

“Guillermo will be suspended with immediate effect, and he will be given a personal punishment. We are forced to do so by the team with such selfish behaviour.”