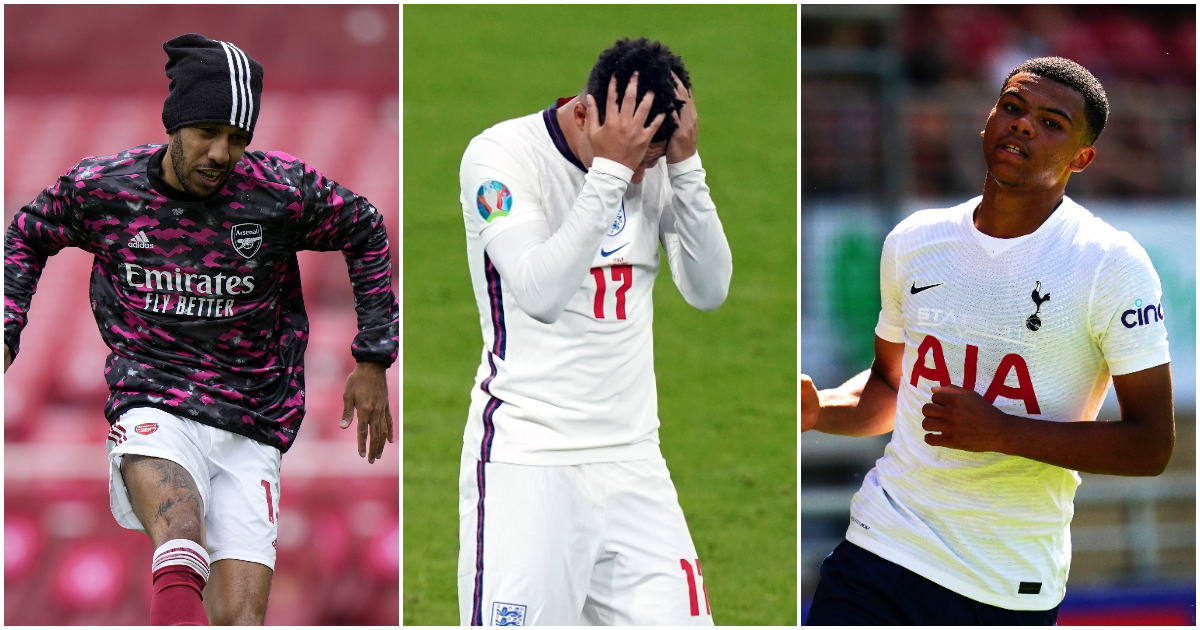 Preseason is all we’ve got to go on right now, so we might as well jerk those knees with abandon. Harry Kane for sale then…

There has been an awful lot of football, hasn’t there? Since the delayed 2019/20 season restarted after that Covid business (remember that? Remember Covid? Whatever happened to it?) there seems to have been pretty much non-stop relentless football for about 14 months.

And that’s because there has been pretty much non-stop relentless football for about 14 months.

Now, though, there is the very briefest of breaks. A tiny oasis of calm before another season honks into life with all its noise and crises and clamours and whatever Spurs are getting up to this week.

So what do we football fans do with this precious, small period of downtime? Do we relax? Do we unwind? Do we take in a bit of cricket or even, heaven help us all, F***ing Golf?

No, we don’t do that. And quite rightly when it comes to golf. No, instead we obsess over preseason games despite knowing full well that these games never mean anything and especially not these earliest ones when everyone from the Euros is still on their hols.

But there are column inches and internet space to be filled and transfer rumours only get you so far in this economy. Preseason will have to do, so here are five kneejerk reactions to what we’ve seen so far.

Cash in on Kane – Spurs have Scarlett fever
If there’s one team who should know not to read anything into preseason, it’s Tottenham. Back in 2008, before the legendary ‘two points from eight games’ badinage, they enjoyed a quite startling preseason which confirmed what we already knew: David Bentley, Darren Bent and Giovani Dos Santos were going to be Tottenham legends. Some Spanish teams were dealt with on a July training camp before Spurs returned to England to hand Norwich and Leyton Orient a pair of 5-1 thrashings. Spurs then headed off to the Netherlands and waltzed their way to Jubilee Tournament glory with a 2-0 win over Celtic and a 3-0 bottom-spanking of Borussia Dortmund. Another bauble in the bulging trophy cabinet after that League Cup success a few months earlier. Would the good times ever end? No, came the decisive answer when all that was followed up with a 5-0 win over Roma at White Hart Lane the week before the season started. In essence: before the proper football brought two points from eight games, the knockabout stuff brought six wins in seven, 33 goals scored and only five conceded. Darren Bent scored 13 of those goals, one more than he would manage in the memorable Premier League season that followed.

So Spurs know better than most that there is nothing to be learned from preseason whatsoever, especially about the form of a striker.

All that being said, they should now sell Harry Kane for whatever Manchester City would like to pay, because Dane Scarlett – 17-year-old veteran of such memorable Europa League cameos as Ludogerets and Wolfsberger – scored a quite nice goal in a famous 1-1 draw with Orient.

Jadon Sancho is already a spare part
Mediawatch already dealt with this one, in which MEN’s Samuel Luckhurst got absolutely turned over by some over-eager online headline writer in deeming Jadon Sancho already superfluous to requirements at Old Trafford because of a 2-1 win over *checks notes* Derby County. Mason Greenwood played okay and Facundo Pellistri done a goal, you see, and so all Manchester United’s right-wing problems are over.

Newcastle are doomed. Again
This one at least has some logic to it, because every new season brings the chance to look at Newcastle – a nonsense club engaged in perennial banter – and consider that this year they are probably f***ed. And you never know, they might very well be. They probably won’t be, though. They did finish 12th last year and while the promoted clubs are probably stronger than the relegated ones, nobody below the Toon last year suddenly looks to have streaked past them. Whatever mad trick it is that Steve Bruce is pulling, good luck to him, it’s working. And it will probably continue to work. And if it doesn’t, it probably won’t be because they lost an early preseason game to York. They got spanked 5-1 by Middlesbrough last September, and followed that with a home defeat to Stoke. It was fine in the end. York are worse than those sides, but still.

Pierre-Emerick Aubameyang will never score another goal
Given the accepted fact that Scottish football is no good, Arsenal’s results against Hibernian (a 2-1 defeat) and Rangers (a 2-2 draw) would appear to suggest that Arsenal are even worse than Scottish football. That’s a bit of a stretch even for a jerking knee, although the sight of the Gunners conceding from set-pieces in both games might come dangerously close to being an actual significant thing from preseason. No, we must stay strong. Nothing whatsoever is learned in preseason, and that’s final. Apart from the fact that Aubameyang is FINISHED and will never score another goal after drawing a blank against Hibs and going to seemingly extraordinary lengths not to take any of the many, many chances that came his way against Rangers.

That run from Emile Smith Rowe 😍

That miss from Pierre-Emerick Aubameyang 😬

Oh well, we’ll have them in the copa del ray