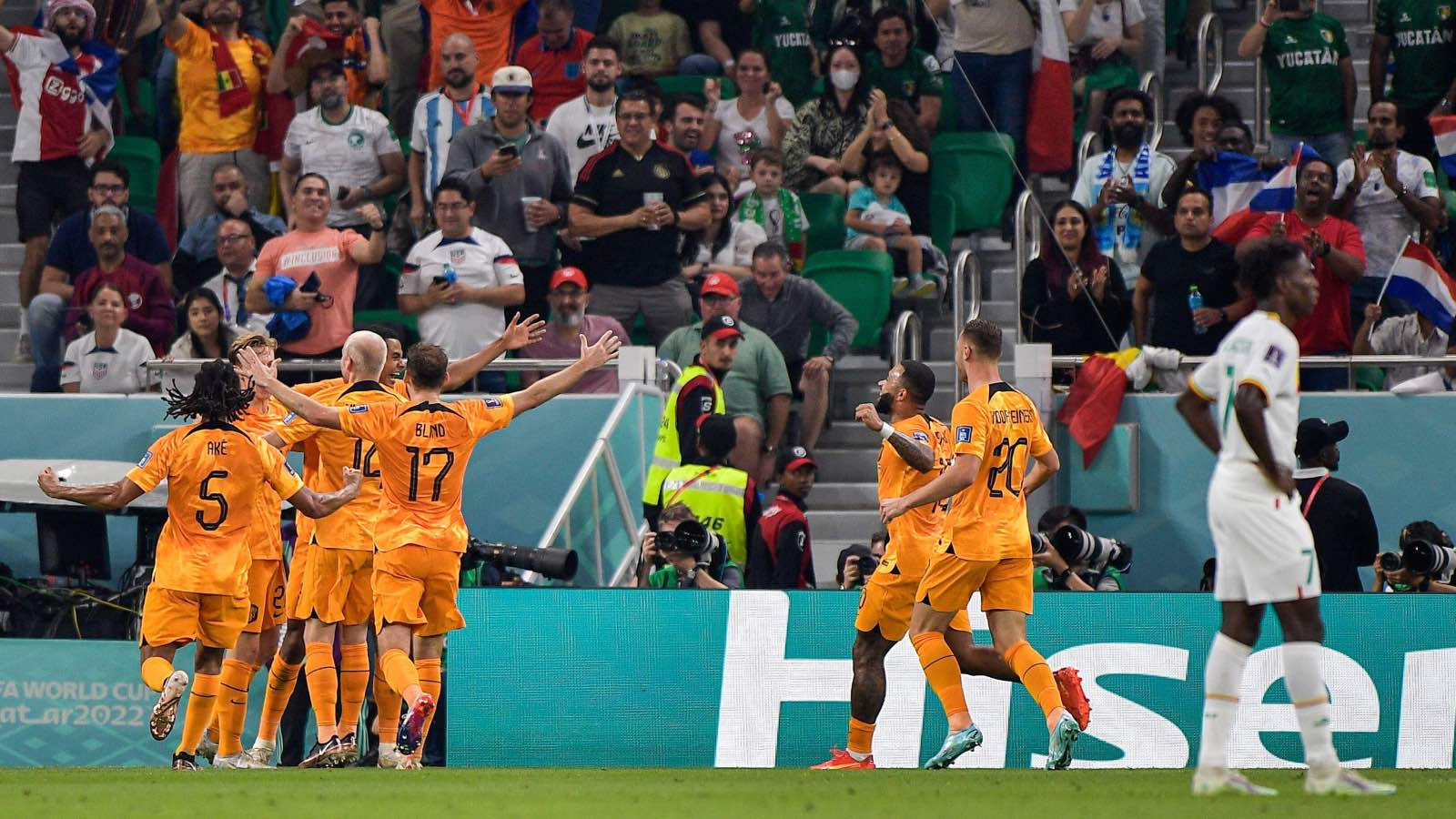 The Netherlands seized the advantage in World Cup Group A as goals from Cody Gakpo and Davy Klaassen sealed a 2-0 win over African champions Senegal.

The Lions of Teranga are missing their talisman, Bayern Munich star Sadio Mane, at this tournament and though they battled hard, could not find a way past the debutant Dutch goalkeeper Andries Noppert.

The win puts the Oranje, three times World Cup finalists, in a strong position in the group, with matches against Ecuador and hosts Qatar to come.

A disappointing match at Al Thumama Stadium was played in front of plenty of empty seats, despite organisers’ claims that the country is gripped by World Cup fever.

However, the attendance was given as 41,721 – more than the stadium is actually listed to hold.

Arguably the best chance of the first half fell to Barcelona playmaker Frenkie De Jong in the 19th minute.

Steven Bergwijn played an eye-of-the-needle angled pass to Steven Berghuis bursting forward in the inside right channel, and Berghuis squared it to De Jong with the goal seemingly at his mercy.

But the man who Manchester United tried, and ultimately failed, to sign in the summer overplayed it and Cheikhou Kouyate cleared.

Watford forward Ismaila Sarr had Senegal’s two most presentable chances either side of De Jong fluffing his lines.

Senegal pressed high and forced an error from Noppert and the ball eventually broke to Sarr, who curled over. Sarr then cut inside Denzel Dumfries to find space to shoot on the edge of the box.

This time his effort was goalbound but Virgil Van Dijk was able to head it over.

The Dutch were living dangerously again when a De Jong pass from his own goal-line caught Van Dijk unawares, but Senegal were unable to punish them.

Van Dijk headed over from a Gakpo corner seven minutes into the second period, before Memphis Depay – back from a hamstring injury – came on as a 62nd-minute substitute.

Three minutes later Senegal came close to going ahead when Boulaye Dia’s low shot arrowed towards the corner, but Noppert got down well at his near post to turn it away.

Senegal then lost Kouyate to an injury, with the Nottingham Forest man needing a stretcher after appearing to land awkwardly.

The goal the Dutch craved arrived with six minutes of normal time to go, as De Jong swung in a ball from the left and Gakpo beat Chelsea goalkeeper Edouard Mendy to it to head home. It was no less than the PSV Eindhoven man deserved after an impressive performance.

Substitute Pape Gueye almost responded instantly for Senegal, but again Noppert got down well to a low shot.

Eight minutes of injury time were added, and the Dutch sealed victory in the final seconds when Mendy spilled a shot from Depay and substitute Klaassen followed up to slot home the rebound.

READ MORE: The World Cup opener was absolutely dreadful and we couldn’t be happier about it