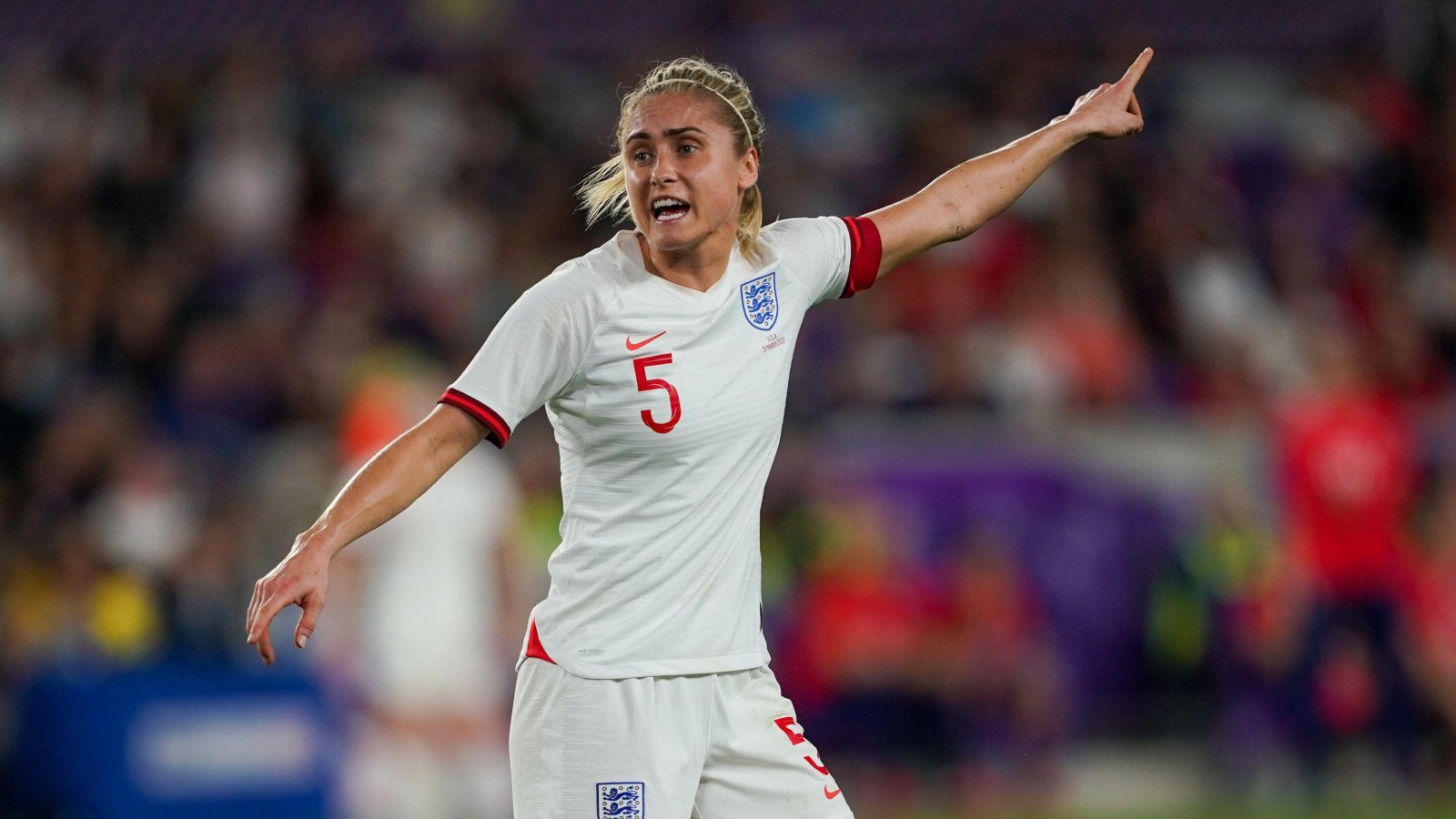 Steph Houghton was left out of the England squad for Euro 2022 and it’s probably the right decision, even if it tugs at the heartstrings a little.

Is it okay to admit to not knowing exactly how to feel about Steph Houghton being omitted from England’s Euro 2022 squad?

From a purely footballing perspective, you cannot question Sarina Wiegman’s decision to not pick the 34-year-old centre half. Houghton featured just five times for Manchester City in the WSL during the 2021/22 campaign, has not played since undergoing an Achilles operation in February, and England have a wealth of central defensive options at their disposal.

Alex Greenwood and Mille Bright are poised to be the Lionesses’ first-choice defensive pairing having both enjoyed excellent seasons with their clubs. The versatile Leah Williamson and Jess Carter can both also operate at centre-back, and the addition of Lotte Wubben-Moy means Wiegman has as many as five different players to choose from in Houghton’s position. These are five strong, dependable options and players who have consistently been first choice at their respective clubs during the 2021/22 campaign.

“That was a hard decision, but I think she’s just not ready to compete,” Wiegman explained. “It’s hard for every player that we had to disappoint. For such a big player who’s had such an impact on the England game. And she did everything, but other players do everything too.”

The argument could be made to select Houghton for non-footballing reasons. While 23 players are included in the squad, not all 23 will have a massive impact on the pitch. The likelihood is a couple will not play a minute of football.

Houghton has big ‘good person to have around the squad’ energy. She has 121 caps for her country and has captained England at the last three major tournaments. Given England’s squad does err on the side of youth and inexperience, with nine players going to a major tournament for the first time and seven aged 23 or under, an argument could be made to include Houghton due to the mature, experienced presence she could bring to the group.

That leaves the question of who would miss out? Wubben-Moy would seem the most likely exclusion.

Wubben-Moy’s position ahead of Euro 2022 has shades of Leah Williamson at the 2019 World Cup. It is the 23-year-old Arsenal centre-back’s debut senior major tournament, and although she will likely see her game time limited due to the players ahead of her in the pecking order, she has a bright future as an England regular – and potentially one day an England captain. Similarly, Williamson attended the 2019 World Cup at the age of 22 and was restricted to just one substitute cameo. Three years on, she is poised to captain England at a home Euros. That maiden major tournament experience will have been invaluable, and it will be the same for Wubben-Moy, regardless of how many minutes she plays.

That leaves sentimentality as the one remaining reason to pick Houghton – which isn’t actually a reason at all.

The Manchester City captain has been at the heart of women’s football’s progress in the UK for the last decade, ever-present for every milestone and achievement the game in this country has ticked off as it has blossomed into a fully professional, mainstream sport.

Houghton scored three goals in four games at the London 2012 Olympics – a watershed event for the entirety of women’s sport in the UK – including the winner in Team GB’s famous 1-0 victory over Brazil in front of 70,584 fans at Wembley.

She was there at the 2015 World Cup, scoring against Norway in the last 16 and turning in a player-of-the-match performance against Canada in the quarter-finals as the Lionesses captured the nation’s attention with a semi-final finish.

Houghton was one of England’s standout performers four years later at the 2019 World Cup (heartbreaking penalty miss aside) as the Lionesses recorded another last-four finish and sent broadcast records tumbling.

Euro 2022 has the potential to be another monumental occasion for the women’s game in the UK. With marquee matches already sold out, a multitude of attendance records are set to be smashed, while England’s exciting squad and intelligent management means they have the potential to do something really special.

Houghton doesn’t deserve to be there because of nostalgia and important goals she scored 10 years ago – by that logic we may as well ask Kelly Smith, Rachel Yankey and Casey Stoney to dust off their boots and give Wiegman a bell – but it’s fair to concede it’s sad she will not get to experience a watershed moment that she has helped to build and contributed to making so significant.