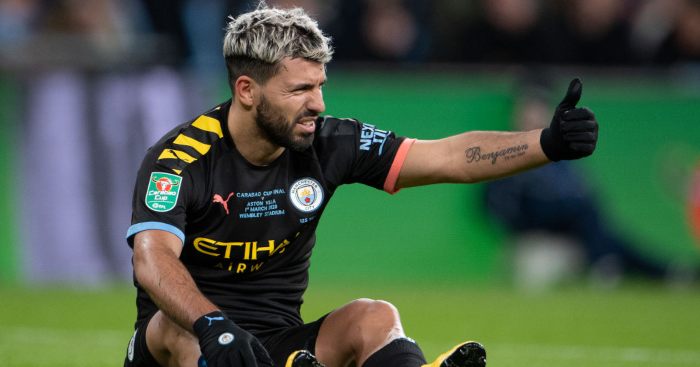 Manchester City striker Sergio Aguero says that a “majority of players” are scared at the possibility that the Premier League could return to action during the coronavirus pandemic.

The Premier League ‘has devised “Project Restart”, a plan for the season to resume on June 8 behind closed doors at “approved stadiums”, which it unveiled to its clubs at a meeting on April 17.’

However, Aguero is anxious about returning to playing while people are still losing their lives to coronavirus.

“The majority of players are scared because they have children and families,” Aguero told El Chiringuito. “I’m scared, but I’m with my girlfriend here and I’m not going to be in contact with other people.

“I’m locked in my house and the only person I could infect is my girlfriend.

“They’re saying that there are people that have it and don’t have any symptoms but still infect you. That’s why I am here at home. Maybe I have the illness and I don’t even know.”

Aguero reckons players will be “extra careful” when they return to training and will be “quite nervous”.

“When one person is ill we will think ‘oh what’s happening here?” the Argentina international added. “I hope a vaccine will be found soon so that this all ends.”

Brighton striker Glenn Murray is another player who admits he has doubts about the Premier League resuming.

“Face masks is going to be off-putting; it is not going to be natural,” Murray said. “People will be ripping them off in games. It is quite farcical.

“I understand why people are desperate to get football on. It has to be done in a sensible way and in the right time and in a way that is going to keep everyone safe.

“There will be ambulances at training and games. Is it fair to take those from the NHS? I don’t know. It is not just two squads, there is a lot more involved and it puts more people at risk.”