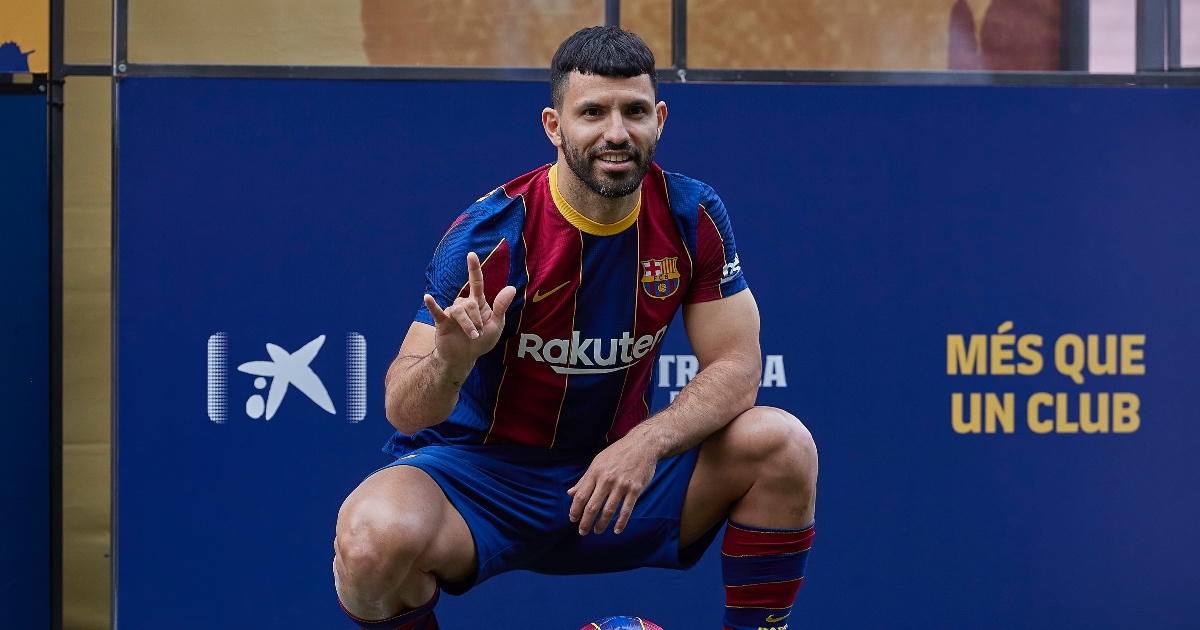 Sergio Aguero took a €17million cut on his annual wage to join Barcelona from Manchester City, according to reports in Spain.

The striker was allowed to leave the Etihad at the end of the 2020/21 campaign after ten successful years in Manchester.

According to Mundo Deportivo (via ESPN), Aguero’s annual salary was reduced from €23million to €6million when he joined Barca on Monday.

The Argentinian’s wage could increase depending on matches played, goals scored and trophies won at the Nou Camp.

Aguero also had offers to join Paris Saint-Germain and Juventus. PSG, one of the richest clubs in world football, would have been able to offer him a far higher wage.

Juve, meanwhile, could have offered better financial incentives due to tax rules in Italy.

But Aguero was always intent on joining Barca to play alongside friend Lionel Messi.

He’s signed a two-year contract with Catalan giants and could end his career in Spain.

The deal means Messi is more likely to remain with his boyhood club. President Joan Laporta is locked in negotiations with the 33-year-old about a new deal, with his current contract due to expire this month.

This week has already been a busy one for Laporta and Barca. Centre-back Eric Garcia also joined from City after running down his contract, while Brazilian Emerson signed from Real Betis.

Barca are focusing on free transfers and cheap deals to improve their squad this summer.

Their finances have been badly hit by the coronavirus pandemic.

Aguero could be joined by Gini Wijnaldum in moving to the Nou Camp. The midfielder has already said goodbye to Liverpool fans and looks set for a La Liga switch.

But Wijnaldum remains tight-lipped when asked about his future.

He said recently: “It is not as easy as everyone thinks it is to make some decisions for your future because you have to think about everything.

“First you have to negotiate with the club and its so difficult which is why it takes so long.