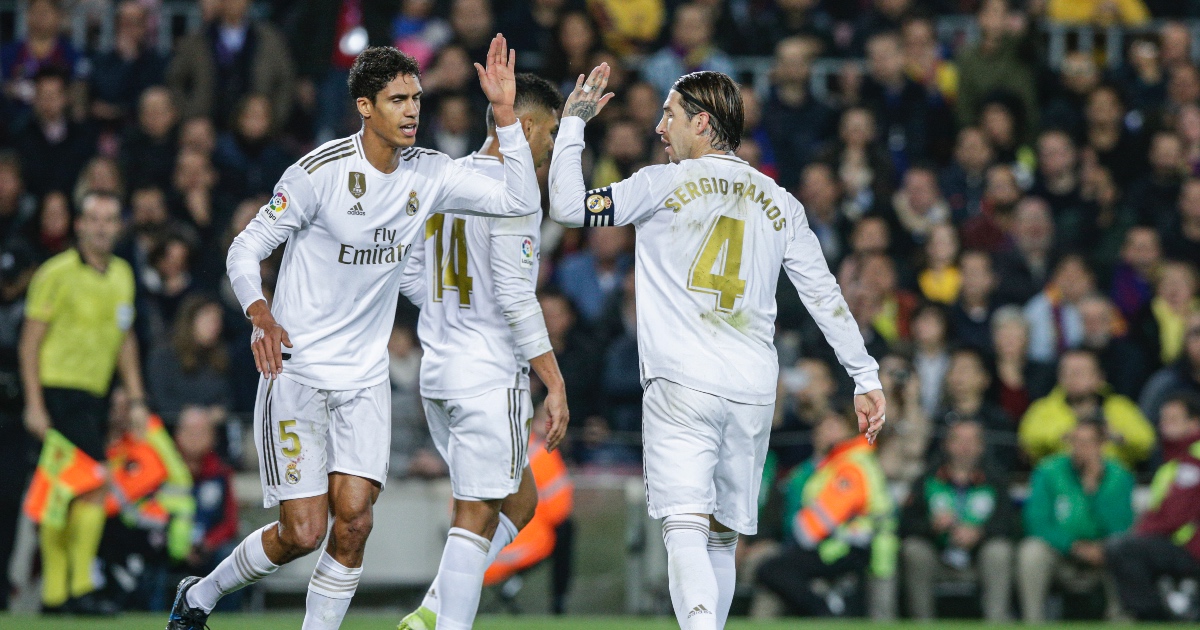 Real Madrid legend Sergio Ramos has wished Raphael Varane luck as the Frenchman closes in on a move to Manchester United.

The two defenders won a host of trophies together at Real Madrid, including five La Liga titles and four Champions Leagues.

They were a huge part of the club’s success under a number of managers. They impressed a number of the world’s top coaches, including Jose Mourinho, Carlo Ancelotti and Zinedine Zidane.

Varane is now on the verge of joining United for £42million. He is aiming to repeat that success in the Premier League.

Reacting to the transfer, Ramos posted on Instagram: “Dear Rapha, I can only thank you for these years of friendship, companionship and triumphs.

“And wish you luck in a new stage that will surely be exciting.”

Ramos now represents Paris Saint-Germain after signing a two-year deal with the French giants on July 8.

He joked: “If we face each other, always with the team of your country, right?”

Ramos and Varane have appeared in some of the greatest El Clasicos of all time, as well as a number of Champions League finals.

They helped Real to become the first side to retain their Champions League trophy in 2016/17. Los Blancos then went on to win it for a third time the following season by beating Liverpool 3-1 in Kiev.

The Spanish side will now have to forge a new era without two of their most successful defenders.

David Alaba has already been signed on a free transfer from Bayern Munich to help fill the void.

It remains to be seen whether any more signings will be made.

Manager Carlo Ancelotti has Eder Militao, Nacho and Jesus Vallejo at his disposal, in addition to Alaba.

Ramos was forced to leave the club in June, despite wanting to remain at the Bernabeu.

He was trying to negotiate a two-year deal but club president Florentino Perez would only offer one. Senior officials also wanted the Spaniard to take a pay cut, which he was unwilling to do.

The two players could meet in next season’s Champions League as PSG hunt the illusive trophy.