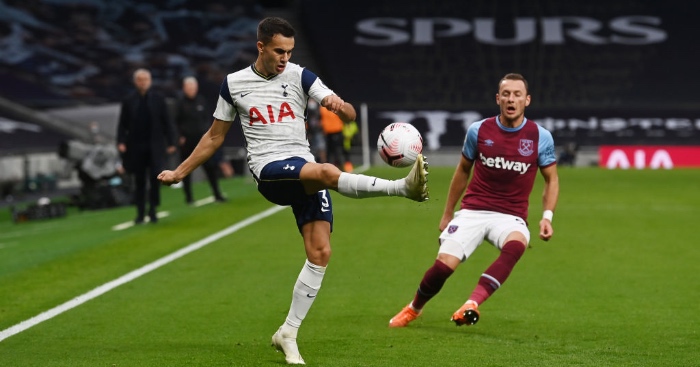 New Spurs left back Sergio Reguilon says he has ‘really enjoyed his time at the club so far’ after moving from Real Madrid for £25 million in the summer.

Reguilon was heavily linked with a move to Man Utd throughout the summer but eventually went to North London.

He has made a good start to the season, playing four games for Jose Mourinho so far.

FEATURE: One per club: The Premier League Irreplaceables

Speaking ahead of Spurs’ Europa League match against LASK this evening, he told Sky Sports: “There was a broad market but as soon as I heard of Tottenham’s interest, it was simple. It was a big deal to leave my country, my league and my family, but it has worked out well.

“Since I arrived here, the truth is the club has surprised me in a very good way. The training facilities, my team-mates, everything. The stadium is insane. I have really enjoyed it so far.

“I spoke with Bale when I was in Madrid. He told me what it was like at Tottenham. It was helpful for me to come here with someone who was already a team-mate. I could ask him things, like how certain things were going to work.

Reguilon also spoke about Mourinho, who was Real manager while he was part of the club. He said: “I was very young, still in the academy, and I never had the good fortune of meeting him. But I have great memories of that period.

“In my house, we were all big fans of Mourinho.”

Spurs play LASK at 20:00 in Group J of the Europa League.