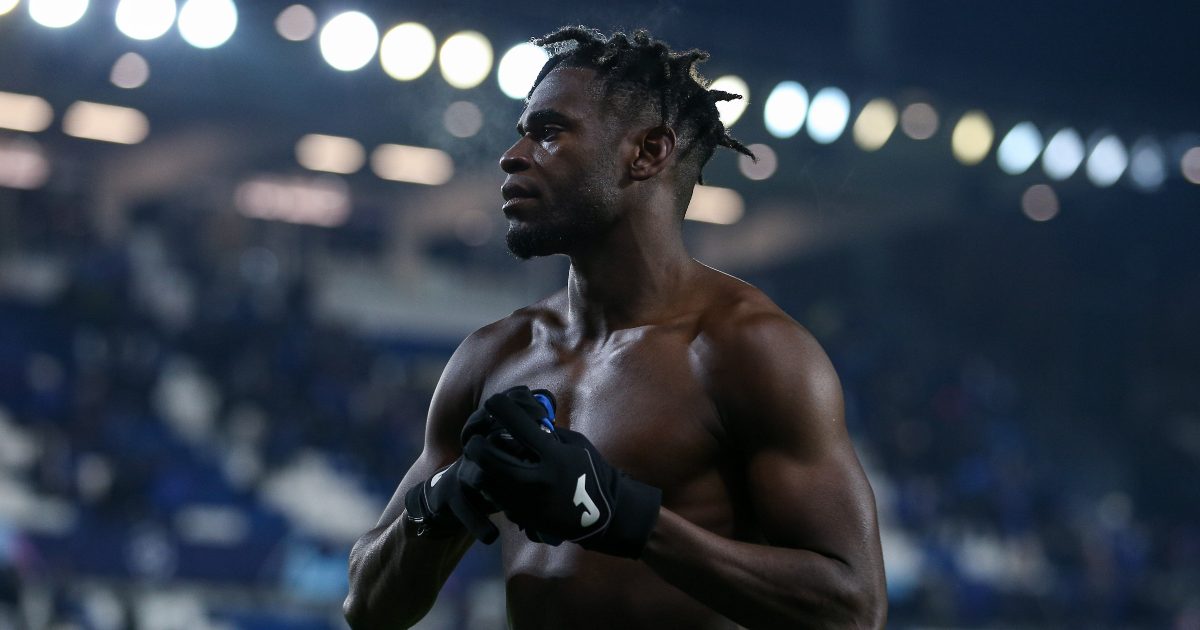 According to reports, Serie A club Atalanta will ‘cash in’ on Duvan Zapata this summer after Newcastle United failed to sign him in January.

The Magpies were always going to be busy during the January transfer window and they ended up signing five players.

Bruno Guimaraes and Chris Wood were their most expensive purchases. They also signed three defenders as they brought in Kieran Trippier, Dan Burn and Matt Targett.

Newcastle were in the market for another striker. They were interested in Hugo Ekitike but their pursuit of him did not come to fruition.

Along with their rivals West Ham, Newcastle were also keen to sign Zapata.

The Atalanta striker has provided twelve goals and seven assists from his 22 appearances across all competitions this term.

Calciomercato (via Sport Witness) are reporting that Newcastle made a loan offer for Zapata which included an option to buy in the summer for £18m.

Atalanta president Antonio Percassi reportedly responded to this proposal with a ‘firm no’. But it is also stated that the Italian side are likely to ‘cash in’ on Zapata this summer.

“I think that if you are saying, ‘Are these players an upgrade on what they have got?’ I think they are. No surprise to see Newcastle doing business,” Sutton said (via The Monday Night Club).

“I think they are better with these players in the team. Does it guarantee Newcastle survival? Absolutely not.

“[Kieran] Trippier was a big deal. I think Eddie Howe would have hoped he could have attracted more players.

“The truth is, Chris Wood is a necessary signing but you can’t say if you are a Newcastle fan you are going to be overly excited by that but if he gets the goals that keep Newcastle in the division it will be a good signing.

“[Bruno] Guimarães seems to have had rave reviews and looks to be an upgrade, I like [Matt] Targett. I thought he did pretty well at Aston Villa but with [Lucas] Digne coming in he wants to go and play so I think that is good business.”