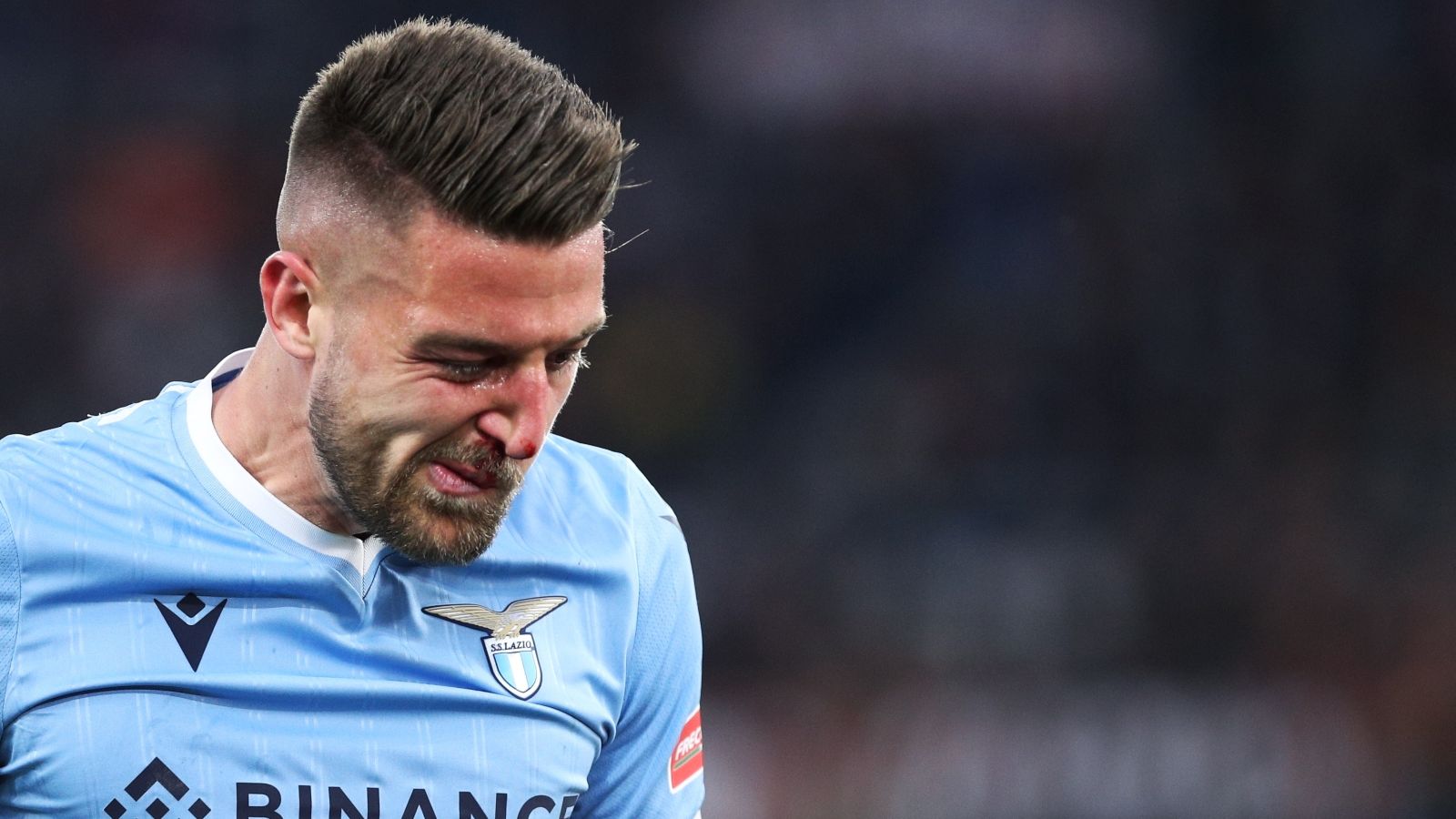 Like a bad smell, reports linking the Serbian with a move to the Premier League, mainly United, haven’t gone away over the last three years.

READ MORE: Ranking last season’s opening day results by how misleading they turned out to be…

Interested parties have been priced out and had interest snubbed by both the player and club in that time, but a deal is now closer than ever, probably, maybe.

We’ve heard that before but Corriere dello Sport now claim the 27-year-old wants to join United having rejected both Arsenal an Newcastle, with reports over the last six months or so suggest Lazio may be ready to cash in.

Milinkovic-Savic has two years remaining on his deal with the Italian side, who would likely receive a significant fee from United if they do push for a deal.

And La Repubblica claim that is indeed the case, with the Red Devils preparing a £57.4m offer for the midfielder.

Gazzetta dello Sport reckon Milinkovic-Savic will demand around £120,000 per week to move to Old Trafford.

Combined with the proposed £15m United would pay for other midfield target Adrien Rabiot, United would be landing two players for the price of one, having come unstuck in their chase of Frenkie de Jong, having agreed a £71m fee with Barcelona for the Dutchman last month.

The Telegraph claim Ten Hag spoke with Rabiot on the telephone on Monday ‘to express how keen he is for him to join’ United.

The 27-year-old has now told the Serie A club he wants to leave and ‘a deal should be struck’ for a fee of around £15m.

Rabiot, who has just one year left on his Juventus deal, has reportedly been targeting a move to the Premier League since the end of last season.

While it’s said he would prefer to be playing Champions League football, he is prepared to move to United to gain regular first-team football ahead of the World Cup in Qatar.

It’s claimed ‘he could ask for a rich bonus linked to qualification for the competition the following year’.

News of United’s move for midfield reinforcements may placate legends Roy Keane and Paul Scholes, who tore into Fred and Scott McTominay after the opening day defeat to Brighton on Sunday.

Speaking about the double pivot, Keane told Sky Sports: “The decision making and the football intelligence, in particular from Fred – and I’ve said this for a long time – Fred and McTominay are not good enough. They won’t get Manchester United back competing at the top.

Scholes described the first half showing against Brighton as “shambolic” before agreeing with his former teammate.

He told Premier League Productions: “The quality in the middle of the pitch was really poor.

“I was happy he [McTominay] didn’t get sent-off [for a late challenge], but I think he was slightly lucky. Again, he’s running with the ball, absolutely ridiculous. The quality in the middle of the pitch was nowhere near good enough, but we have seen that for the last few years with these two players.

“With Fred and McTominay, he [Ten Hag] is going to have to play just one of them [moving forward] but even one of them is probably too many. Fred gives the ball away all the time and McTominay tries run with it constantly and then gives it away. Pass it to your best players…

“It’s not that difficult. It’s criminal on a day like today [Sunday afternoon].”